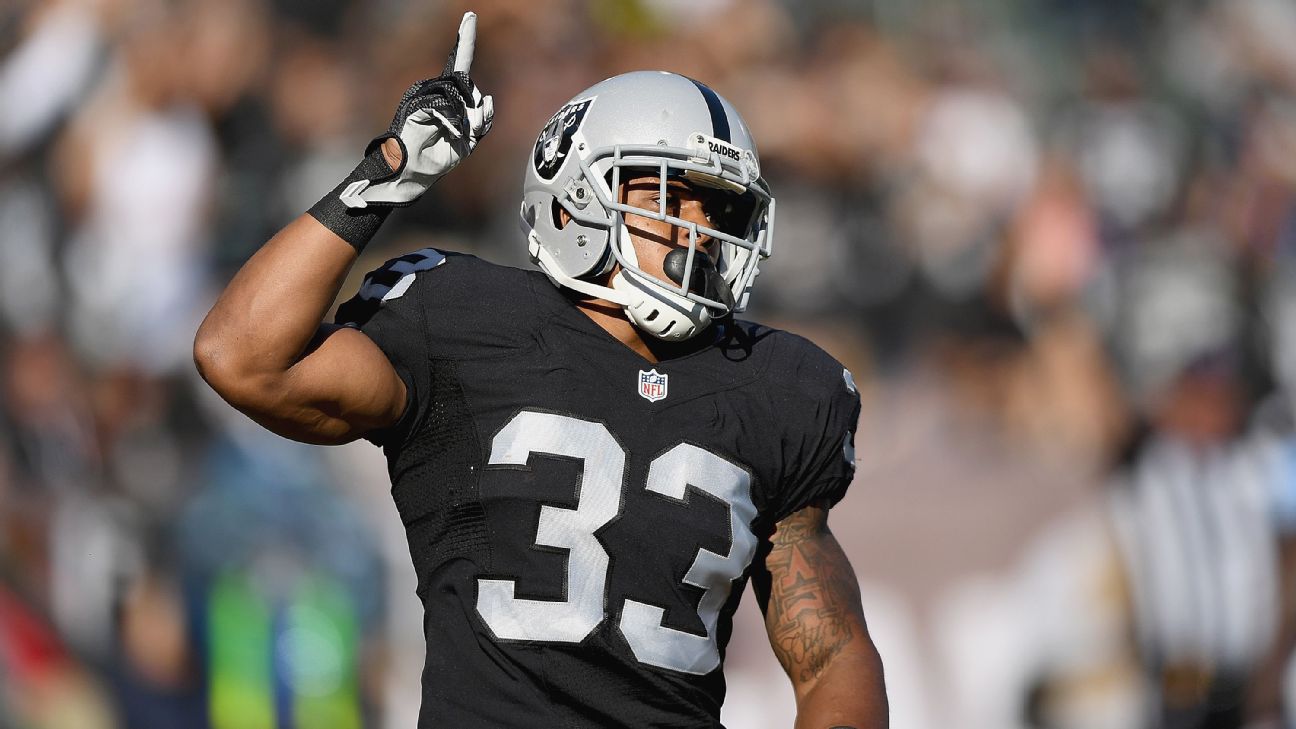 The Kansas City Chiefs have reached a one-year deal with free-agent running back DeAndre Washington, a source confirmed to ESPN on Wednesday.

Washington, a fifth-round draft pick in 2016 by theRaiders, also was a teammate of Chiefs quarterback Patrick Mahomes at Texas Tech.

"Glad to be back with my dawg," Mahomes said on Twitter. "Welcome to #ChiefsKingdom"

Yahoo Sports was the first to report Washington's agreement with the Chiefs.

Chiefs starting running back Damien Williamsreturns, but the team doesn't have much depth behind him. Other backs under contract are Darrel Williams, whose 2019 season ended in December because of a torn hamstring, and Darwin Thompson. Both played sparingly.

The Chiefs' second leading rusher from last season, LeSean McCoy, is an unrestricted free agent. Spencer Ware, who signed with the Chiefs last December after Williams' injury, is also a free agent.

The Raiders chose to re-sign running back Jalen Richard over Washington because of Richard's pass-catching ability.

Washington acquitted himself well in rookie sensation Josh Jacobs' absence down the stretch with the Raiders last season.

With Jacobs missing three of the Raiders' final four games with a fractured shoulder, Washington assumed the role of bell-cow back and had a combined 334 yards of offense and two touchdowns in those three games (rushing for 215 yards and those two scores on 54 carries and catching 16 passes for 119 yards).

He was especially impressive in a Week 16 victory at the Los Angeles Chargers, carrying the ball 23 times for 85 yards (the second-highest single-game total of his career).