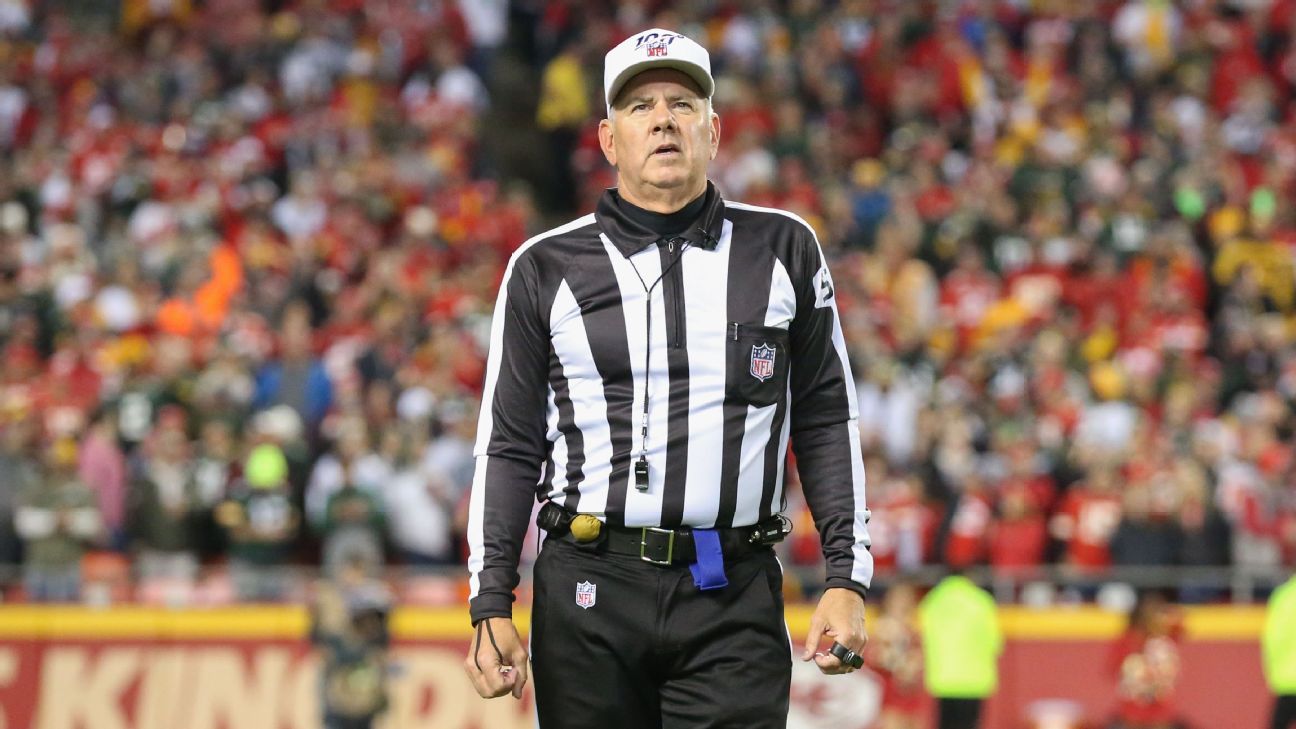 When chaos breaks loose, the NFL calls on one referee more than any other. Bill Vinovich and an all-star crew will work Super Bowl LIV, and if all goes well, this is one of the only times you'll read his name this weekend.
Sunday's 49ers-Chiefs matchup will mark Vinovich's second Super Bowl in five years. In 2018, the league adjusted its schedule to place him on six Sunday Night Football games, hoping to minimize the chances of a major controversy on national television. Vinovich has worked eight consecutive postseasons, an honor awarded annually to the league's highest-graded officials, and is known -- outside of New Orleans, of course -- for producing crisp games and low flag frequency. (We'll get to his role in the 2018 NFC Championship Game shortly.)

The NFL hopes Vinovich will quietly cap an otherwise tumultuous season for league officiating, one marked by the uneven implementation of pass interference review and credible rumors of looming change in the officiating department. Pandemonium extended into early stages of the postseason, so as the game approaches, it's important to understand why the NFL chose Vinovich and how it could impact the outcome.

Vinovich was the referee in the 2018 NFC Championship Game, an affair marked by one of the worst officiating controversies in NFL playoff history. As you might recall, his crew missed an obvious pass interference call (and an illegal hit on a defenseless player) against Los Angeles Rams cornerback Nickell Robey-Coleman, a big reason the New Orleans Saints couldn't seal a game they eventually lost in overtime.

NFL rules required Vinovich to participate in a postgame pool report, during which he said he had not seen the contact between Robey-Coleman and Saints receiver Tommylee Lewis. That quote stood as the only official statement from the league for 10 days, sticking Vinovich with an unfortunate and inaccurate level of responsibility for the call.

The truth, as ESPN officiating analyst John Parry points out, is that officiating mechanics required Vinovich to focus on the right side of the line of scrimmage, looking first for pre-snap penalties and then potential holding. Only after the ball is released would the referee even begin to scan the field.

Regardless, there is almost never a time when a referee would throw a flag for pass interference. In this case, down judge Patrick Turner and side judge Gary Cavaletto were in position. Neither threw a flag. At most, Vinovich could have summoned an officials' conference if he sensed any indecision.

Blaming Vinovich personally for the mistake would be like criticizing a quarterback when a receiver fumbles 20 yards downfield. Saints fans might not like it, but it explains why the NFL did not consider Vinovich at fault for the mistake and why it felt comfortable assigning him to the Super Bowl. Prior to the 2019 season, in an ESPN project based on reporting throughout the league, Vinovich ranked as the NFL's top referee.

One of the least understood parts of NFL officiating is that each crew takes on its own personality. Each implements judgment in different ways, much like plate umpires in baseball who have unique strike zones.

The NFL rotates crew members every year to minimize significant patterns, but Vinovich's regular-season crews almost always rank at or near the bottom in average flags per game. That trend has been especially acute during the past two seasons, when his crews have thrown 402 flags in 30 games, an average of 13.4 per game. That's 18% lower than the league average over that period and 29% lower than the crews at the top of the list.

Fewer flags does not always mean better officiating, but the public portion of Vinovich's evaluation -- his postseason assignments -- indicates the NFL more than approves of his approach.

Most teams study the individual tendencies of each crew, hoping to project how closely it will -- or won't -- call particular fouls. That exercise grows harder because of the mixed postseason assignments. But in a game that features the NFL's seventh-most penalized team (Chiefs) and sixth-least penalized team (49ers), some analysis remains relevant.

This is the one penalty classification that falls squarely under the referee's responsibility. Vinovich's crews have thrown just two such flags in each of the past two seasons, by far the lowest total in the league. Roughly half of the other crews called at least 20 roughing the passer penalties during 2018-19.

Does that mean defenders can hit Chiefs quarterback Patrick Mahomes and 49ers quarterback Jimmy Garoppolo with relative impunity? Not necessarily. More likely, it means there is a low chance of a flag for contact that approaches but does not qualify as a foul, a consequence of the NFL's emphasis on health and safety that we sometimes see during the regular season.

Referees also watch for offensive holding, and Vinovich's regular-season crews have thrown the fewest such flags in each of the past two seasons: 27 in 2018 and 32 in 2019. That sum of 59 is 42% lower than the highest total over that span (140 by Shawn Hochuli's crews). Umpire Barry Anderson, who will work alongside Vinovich in the Super Bowl and also will be responsible for offensive holding, was part of a regular-season crew (referee Brad Allen) that ranked No. 9 in the NFL with 54 offensive holding flags in 2019.

Both teams -- not to mention fans and bettors -- will want to project how this crew will approach pass defense. The question is especially relevant for the Chiefs, who were called for the league's fourth-highest combination of penalties for pass interference, illegal contact and defensive holding (32) during the regular season. Nothing would be worse than giving the run-oriented 49ers free yards in the passing game.

There are five crew members who will have at least some responsibility in this area: down judge Kent Payne, line judge Carl Johnson, field judge Michael Banks, side judge Boris Cheek and back judge Greg Steed. All were part of regular-season crews that finished in the bottom half of the NFL in this combined category. Payne and Steed, however, were part of a crew (led by referee Brad Rogers) that threw the second-most flags for defensive pass interference (24).

Mistakes are, of course, tough to predict. But when you put it all together, it's difficult to project this crew -- and Vinovich in particular -- as an activist or aggressive group that will insert itself unnecessarily into the game. The NFL wants players and coaches to hold primary influence over the outcome, and it chose an officiating crew with a good chance of delivering on that goal. 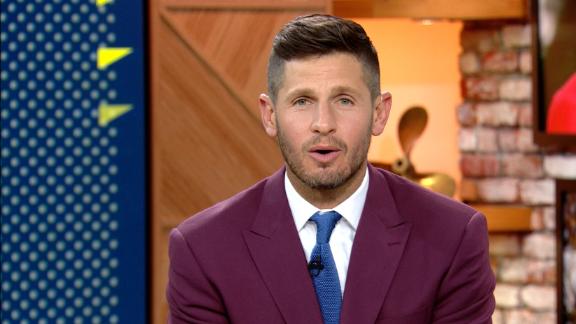 Orlovsky implores NFL owners to fix officiating 'epidemic'
Dan Orlovsky expresses disappointment in the officiating in the NFL this season, saying owners should take action now to resolve the issue. 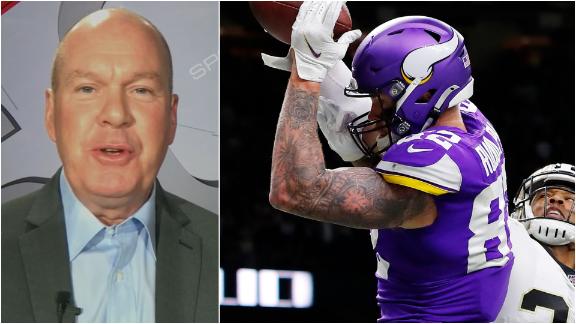