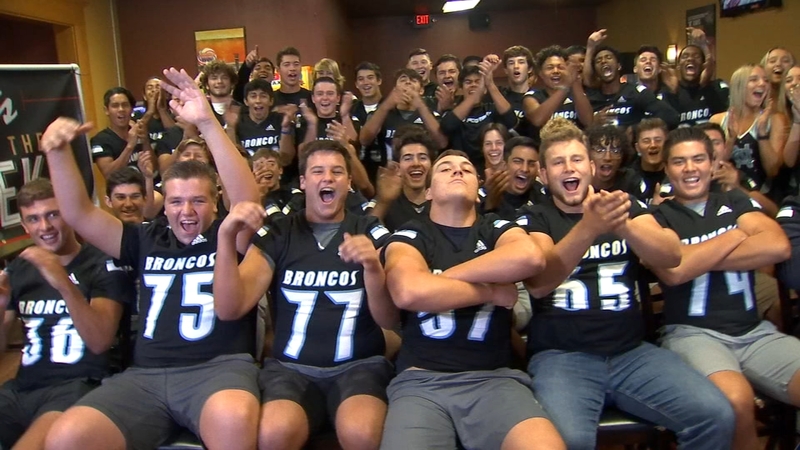 FRESNO, Calif. (KFSN) -- From Merced to Visalia, there are just seven high school football teams with a perfect record through five weeks.

One of them is the Clovis North Broncos.

"Coming over I knew we had a good group of seniors. They've bought into what we are selling and have worked hard, kind of brought the group along. Just a strong senior group. Lot of chemistry/camaraderie with them. It's just a tight-knit group," said head coach Mike Jacot.

The Broncos opened the season with two shutout wins, and if a one-point win at Edison wasn't it already, then the team got its signature win of the early season.

Trailing 13-0 to start the game against Ridgeview of Bakersfield, the Broncos rallied for a two-touchdown win.

"The culture is a lot different. Everyone's working harder this year. We've all really bonded together and bought into the program," said Keenan Madsen.

That culture change coming from first-year coach Mike Jacot who's instilling a belief that his team can win any game they play.

"They learned it right off the bat. Week two against Sunnyside we had to battle and they learned from that. Now we played last week from behind for the first time and I think they just keep taking from each week and learning from the previous game," Jacot said.

Five weeks in, the Broncos are a perfect 5-0. Their best start to a season since their last section title in 2012 -- and the fans are starting to take notice.

"Yeah, it's a lot different than last year. Last year, there weren't a lot of people but now there's a lot of people so it feels really good to know that everyone in the community has also bought into your program," Madsen said.

The team is averaging forty points over their last three games, momentum their hoping to take into their vaunted TRAC schedule.

"It's been really exciting, exciting for the community and we're having a good time."