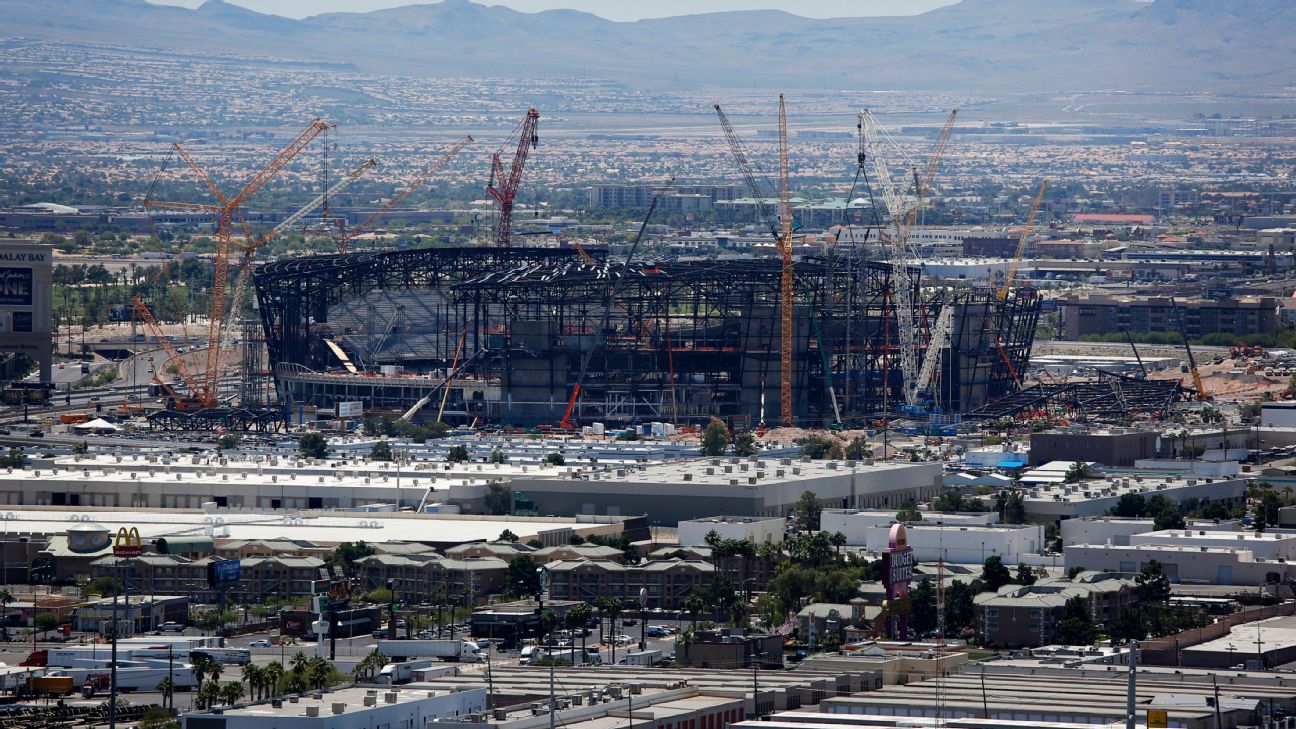 The NFL's Oakland Raiders will partner with online live-streaming service Twitch at the team's new Allegiant Stadium in Las Vegas in 2020.

The partnership, announced Monday in a news release, will include a Twitch-branded lounge in the lower level of the stadium, with features including streamer stations, Twitch viewing screens and esports competitions.

"At Twitch, we are constantly looking for new ways to engage with our community online and [in real life]," Twitch chief operating officer Sara Clemens said in a statement. "Being a founding partner at Allegiant Stadium is a perfect opportunity for Twitch to converge our passionate gaming and live esports community with the world of traditional sports.

"As part of our long-term vision for multiplayer entertainment, we are excited to elevate the spectator experience at live events in the heart of the entertainment capital of the world."

Twitch's live-streaming capabilities will be available in a variety of entertainment at Allegiant Stadium, including sporting events, concerts and esports competitions.

The Raiders are moving from Oakland after this season. Their new 65,000-seat stadium will also be the home of UNLV football, the Las Vegas Bowl and the Pac-12 title game.

"We're thrilled to announce our partnership with Twitch as the Official Streaming Platform of the Raiders and Allegiant Stadium," Raiders president Marc Badain said in a statement. "The Twitch Lounge will elevate the spectator experience for Raiders fans in a brand new way -- bridging the connection between fans in the stadium and at home unlike ever before."