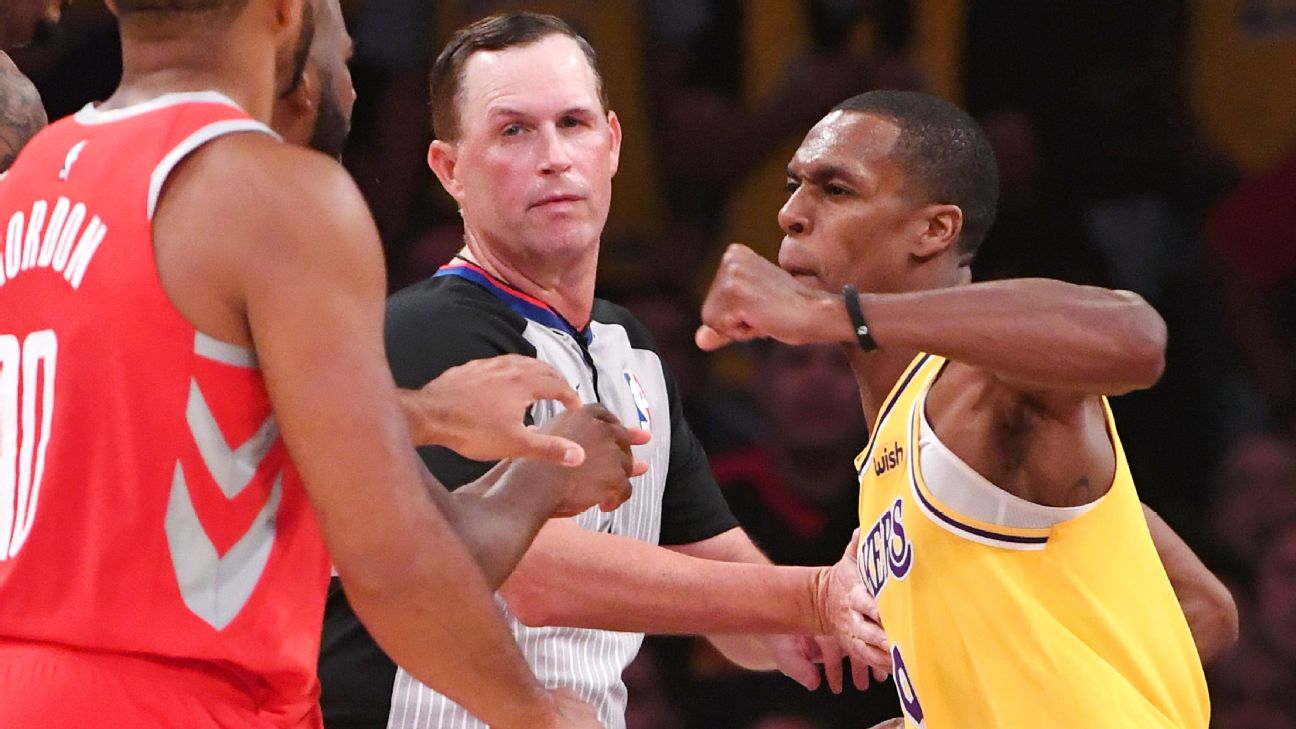 With 4:13 remaining in the game and the Rockets ahead 109-108, a fight occurred with multiple participants.

The Rockets' video staff took the video courtside during the game, and it has been shared with the league office, sources said. The NBA is planning to render its discipline on Sunday prior to the Rockets-Los Angeles Clippers game at Staples Center, sources said.

The Lakers met as a team on Sunday in their film room and discussed the brawl. Rondo and Ingram practiced on Sunday but did not talk with reporters.

"We've learned from the experience and we're moving on," Walton said. "... We learned -- everyone learns something differently, but we brought it up, we talked about it, the message was delivered. And now it's about next man up, moving forward, and keep positive, keep getting better."

NBA vice president of basketball operations Kiki VanDeWeghe was in attendance for Saturday night's skirmish that included Rondo, Paul and Lakers forward Brandon Ingram. VanDeWeghe is leading the NBA's probe into the incident and helping to interview participants and witnesses on Sunday in Los Angeles, league sources said.

The video appears to put Rondo in the position of having to make a case that the spitting was unintentional, sources said.

Lonzo Ball, last year's starter at point guard, could replace Rondo in the starting lineup if Rondo is suspended as expected. Walton said he would meet with training staff members on Sunday to see if Ball's early-season minutes restriction will be lifted.

The Lakers had been easing the point guard back into action after offseason knee surgery. Ball played 26 minutes and finished with 14 points, six rebounds and four assists against the Rockets.

Kyle Kuzma is also an option to start if Ingram is suspended as expected as well.

Information from ESPN's Ohm Youngmisuk was used in this report.

Close-up video appears to capture Rondo spitting
Rajon Rondo appears to spit into the face of Chris Paul with 4:13 remaining in the game, spurring a fight with multiple players.