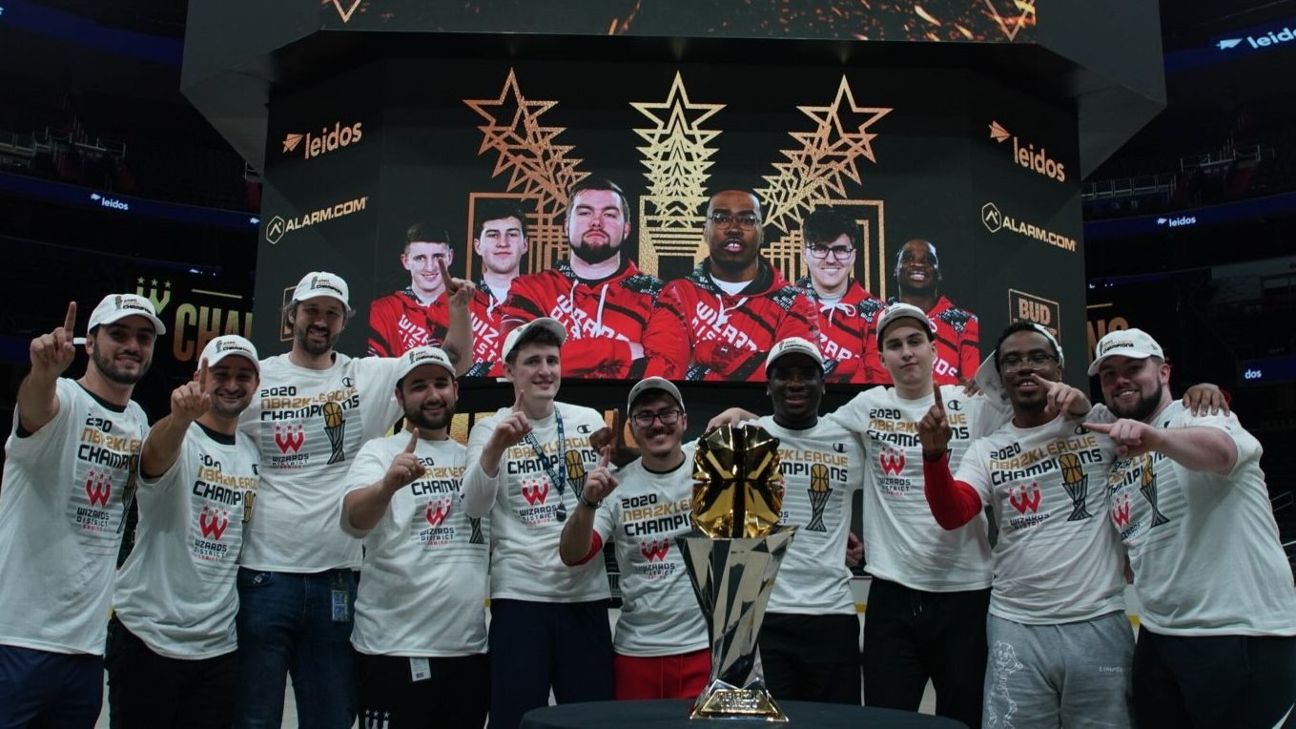 It's rare to see a No. 1 overall draft pick winning a championship in their first year of competition. But that's exactly what happened Friday night as the Washington Wizards-owned Wizards District Gaming won the NBA 2K League title, fueled by a stellar performance from rookie point guard John "JBM" Mascone.

"I was just telling my parents I've been playing sports for 18 years and I've never been so emotional," Mascone told ESPN after the championship.


Mascone was set to become a tennis player at the University of Pennsylvania before an injury forced to him to turn to gaming. But despite the pressure and expectations that come with being a top pick, Mascone kept his confidence.

"It's hard to win without the right people around you," he said. "It's easy for me to come into these games knowing I don't need to play A-plus basketball to win. ... Nerves are alleviated knowing that people around you are just as hungry."

"We felt like we came out flat-footed, and we didn't talk enough," Mascone said about losing the opening game. "We were blinded by the moment. Going into these things, you try not to hype it up, but also have a sense of urgency. ... We found that balance starting in Game 2. Game 1 was a blessing in disguise."

The title continued a surprising run. Wizards faced Raptors Uprising GC, a team with a perfect record that had already won both in-season NBA 2K League tournaments, in the semifinals, and swept them.


"In a game like [NBA 2K], where you have a week before, you can't think about anything else," Mascone said. "I'm dreaming about this. We didn't have any time to think going into the game against the Raptors. They were undisputedly the best team in the league. We were just better on that day."

Playoff MVP honors went to center Ryan "Dayfri" Conger. Mascone said Conger was the voice of reason for the team after losing Game 1. Conger helped reset the team's mentality after the loss and get it back on track for the hardware.

Both teams were shipped cases with a trophy inside, and the winning team was told the correct combination to open the case. In the midst of the COVID-19 pandemic, with the whole season played online, it was just another example of how different things were.

"I'm extremely proud of what the league, our teams, players and partners accomplished this season and how we've continued to grow and innovate," NBA 2KL managing director Brendan Donohue told ESPN. "We implemented a completely new and cutting-edge production model that allowed all 23 teams to play remotely and commentators to call games from a virtual studio. ... [The finals] marked the culmination for what has been a transformational season for the league."

"We are dealing with a system that has not always been good to us over the years," Curtiss said during the discussion. "We have seen some progress but we know there needs to be more progress that needs to be made. It's emotional. It's touching. We just have to continue to make strides and fight through these situations and hopefully pray for a better day."

According to the league, a collective decision was made over the preceding days to start the broadcast this way. Over the past week, multiple leagues, including the NBA and WNBA, saw players boycott games following the police shooting of Jacob Blake last Sunday. In esports, some teams participating in CS:GO, tournament ESL One and VALORANT tournament Pop Flash also boycotted games in support of ongoing protests against systemic racism and police brutality.