No more paper receipts? New proposed bill would make e-receipts the default by 2022 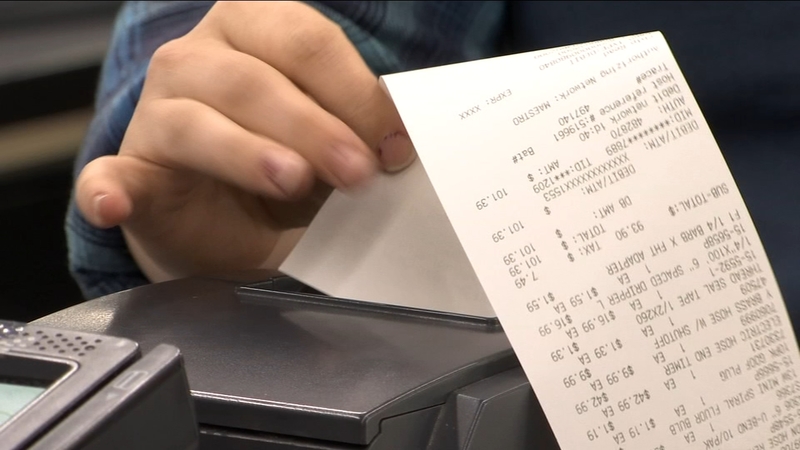 FRESNO, Calif. (KFSN) -- Paper receipts in the Golden State could soon be a thing of the past.

Assemblymember Phil Ting of San Francisco introduced his "Skip the Slip" bill Tuesday. The bill would make all retailers offer digital receipts like emails instead of hard copies to customers.

If the proposed bill passes it would make California the first state in the country to make digital receipts the new norm.

Customers would still be able to get a paper copy but they would be forced to request one.

According to Ting, 10 million trees and 21 billion gallons of water are used to make receipts in the U.S. every year.

Most receipts are also coated with BPA or BPS -- a chemical that could potentially be dangerous for workers and consumers.

"Most people assume all these receipts can be recyclable. Guess what? They can't be recycled because of the BPA." Ting Said.

"If they want a physical hard copy we should be able to give that to them and provide that information that they're requesting," Williams said.

Some say providing an email address is not an option for them, because they don't have an email.

The bill might find itself in an uphill battle as there are still plenty of customers that say they want that tangible piece of paper with printed evidence of what they bought.

"I don't think its necessary I just assume get my paper receipt," said Nancy Campbell of Fresno.