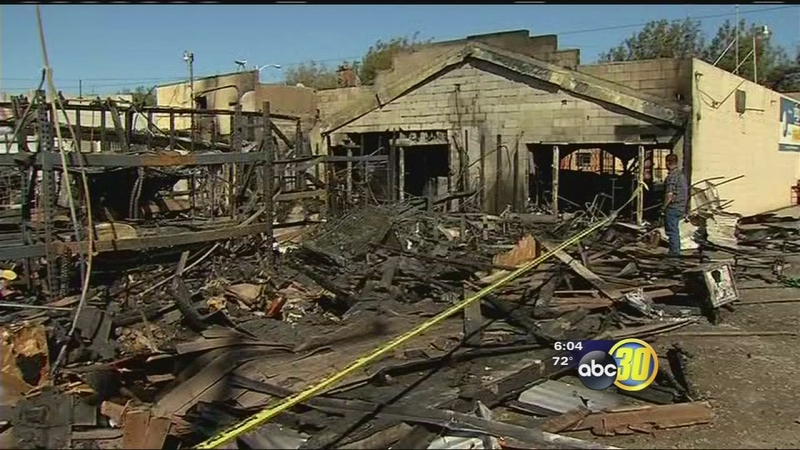 HURON, Calif. (KFSN) -- Fresno County Fire officials are looking into what caused half a million dollars in damage to a small clothing store in Huron Tuesday morning.

The fire broke out in between Ericka's Clothing and the cafe next door at around 7 a.m. It ripped through the front part of the clothing store, and also destroyed the wooden add-on building in the back.

"Most of the merchandise inside was completely charred, unable to identify most of it," said Fresno County Fire Spokesperson Jeremiah Wittwer.

The store is part of a strip mall on Lassen Avenue that has about 10 occupants.

No other structures were damaged, but two employees at the café next door suffered smoke inhalation and were brought to the hospital.

"I mean my parents have had this for 26 years," said Angel Rolbes, the owners' son. "I'm 22, so I was literally raised in there. So I never thought I would see the day to see it down on the ground."

Robles said his parents sold work and western wear to locals, including fieldworkers.

In its nearly three decades of doing business in Huron, Robles said the store earned a reputation for being the place to buy work clothes, like pants and boots. He said his parents inspired him to open his own clothing business in Coalinga and Hanford, called Blue Collar.

Robles said he will collect donations there to help with the costs of starting over. He thinks his parents will reopen relatively soon, just in a new location nearby.

"They've helped out for 26 years, hope we can get a little bit of support back," Robles said.