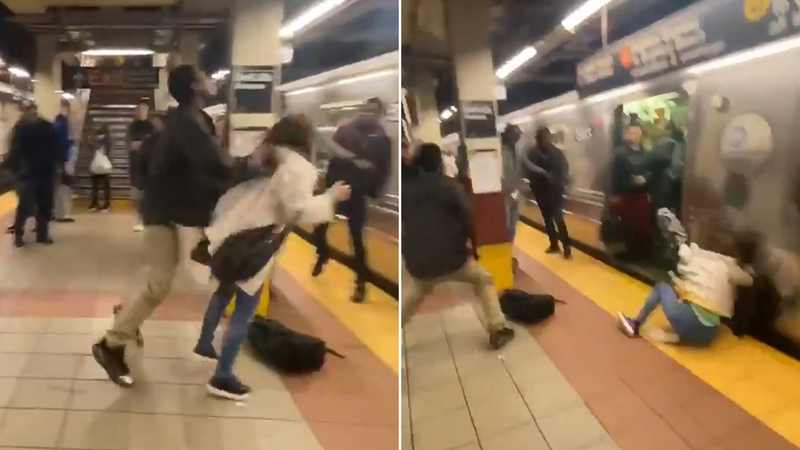 DOWNTOWN BROOKLYN, New York City -- Police are looking for a man who randomly pushed a woman into a subway car at a station in Brooklyn Wednesday, even without the victim reporting the assault.

It happened on the Coney Island-bound platform of the DeKalb Avenue station in Downtown Brooklyn around 7:40 p.m.

The man was caught on video saying "What? What?" as he pushed two men on the platform, before pushing the unidentified woman into the stopped subway train, knocking her head onto the side of the car.

She did not require medical attention and did not file a police report, but now police will proactively seek out known subway recidivists and see if any of them are responsible for the incident.

Mayor Bill de Blasio was asked about it and other attacks in the transit system, and he said police will respond to any incident but cautioned that crime is at record lows and New Yorkers "do not think it's the 1980s."