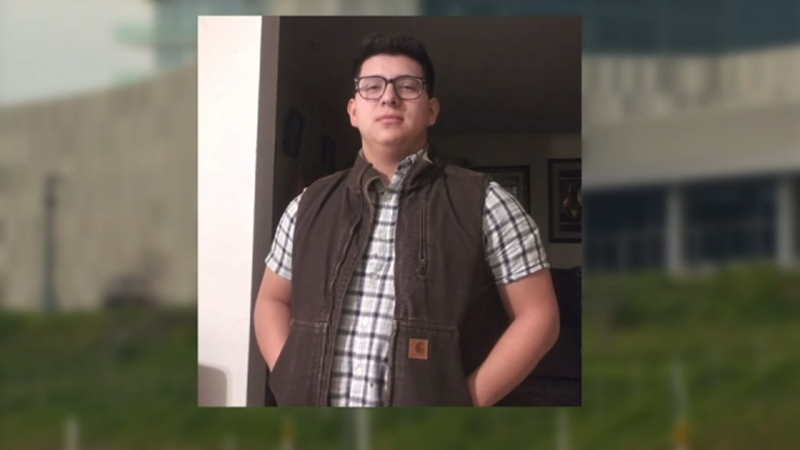 FRESNO, Calif. (KFSN) -- Maria Magallon wasn't sure how much she should worry when she got the phone call telling her what happened to her son Monday afternoon.

"He came in by helicopter and he was burned pretty badly," she said. "At that time, we didn't know how serious it was."

Her 19-year-old son, Eric, was seriously injured while on the job at the construction site for Table Mountain Casino's new hotel and casino.

The explosion sparked in what's set to be the food court in the new complex.

Eric was rushed to CRMC by helicopter and went straight into a six-hour surgery to treat severe burns on half of his body.

Eric's parents say he works for a company called Hobart that works with restaurant appliances.

"I know they were testing some kind of equipment to start up for the new casino," says Eric Magallon Sr., his father.

Eric Sr. has spent his whole life in the same line of work. He taught Eric Jr. the ropes with an emphasis on how to do the job safely.

"It was important to him because it was ingrained to him by his dad," Maria said. "We knew the importance of that because we know the dangers of the field that the was in."

Just 18 days ago, Eric became a father for the first time. He and his junior high school sweetheart fiance welcome baby Tobias.

"He was very excited to be a dad," Maria said. "They wanted to be young parents."

Now, his mother worries how much of his movement and abilities he will be able to recover. Eric is facing several more skin graft surgeries and physical therapy on his hip and leg.

"His whole life has been changed by this," she said.

Eric is responsive but can't speak yet, leaving his family with a lot of questions about what happened on that job site.

They have been in contact with CAL FIRE Fresno County, the company he was employed by and Table Mountain, none of which have answers for the Magallons yet.

"It's going to be a long road," Maria said. "Not just for his healing but to get to the bottom of what happened."

Eric underwent a second surgery Tuesday for a blood clot in his leg. His family expects him to be in the hospital for months.

Action News reached out to CAL FIRE Fresno County, which said their investigation is still underway on the cause of the explosion. Table Mountain Rancheria had no updates to offer either, saying they are cooperating with the investigation.

"A Hobart employee was seriously injured on Monday while working at a customer site. On-site personnel mobilized first responders who immediately provided medical attention and transported the employee to a local hospital where he is receiving care. Safety is our top priority and our thoughts are with the employee and his family at this time. We are supporting local officials with the on-going investigating of the accident."