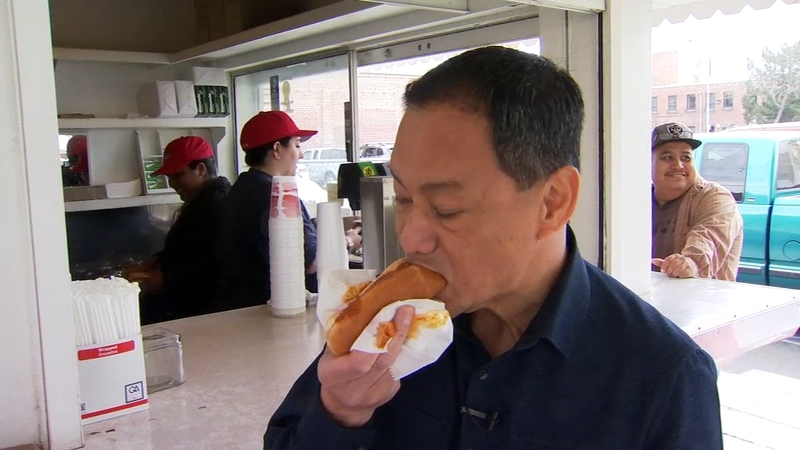 The Visalia institution has been loading up chili dogs the same way since 1952.

Bill Crenshaw and his wife had their first date here.

"The first time we went out, I bought her hot dogs and we ate them in the park. That was kind of cool.... Here we are again," says Crenshaw.

Owner Matt Taylor helps the crew prepare chili dogs in a flash as the lunch hour rush kicks in.

"My grandpa wanted a quality product at a good price by fast, friendly service and that's always been kind of our motto," says Taylor.

Matt's grandfather Jim and his brother Kelly opened their first Visalia location 68 years ago. They moved across the street in 1983.

Matt's grandmother Pauline came up with the chili recipe, which hasn't changed much.

The chili is so tasty customers sometimes try to order it in a bowl but it's not served that way. You can only get it in a chili dog.

And they pretty much taste the same as they always have.

In fact, the entire menu hasn't really changed since the 50s.

"Other than changing some of the times, we added ice tea several years back," says Taylor.

But customers love the simplicity of it all.

Kids enjoy Taylors just as their parents and grandparents did.

Rivals from Redwood and Mt. Whitney still rally in the parking lot the week of the Cowhide Game.

Taylor says he's 'drawing on that pride of being able to be the third generation to carry this on to maybe a fourth or fifth generation'.