Katie Thurston, Blake Moynes on engagement, Aunt Lindsey and memes from 'The Bachelorette'

The happy couple spills everything about their relationship -- from their future plans to their biggest challenges.
OTRC
By Andrea Lans 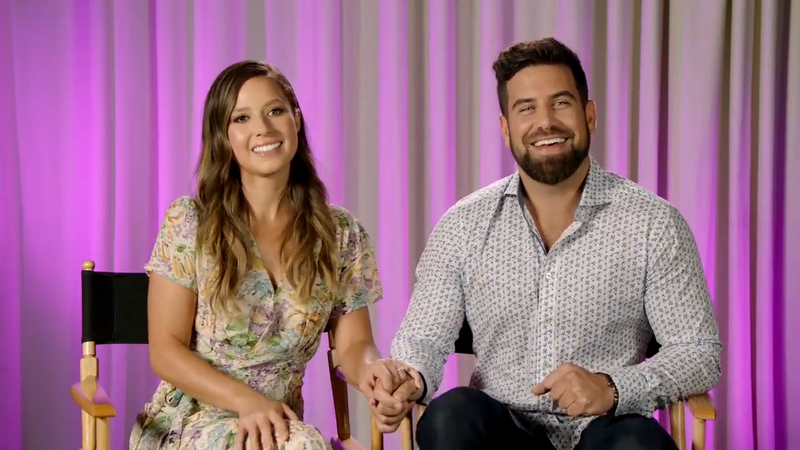 LOS ANGELES -- Katie Thurston's whirlwind season of "The Bachelorette" had a happy ending when, spoiler alert, Blake Moynes proposed to the 30-year-old.

After saving her declaration of love, Thurston finally admitted to Moynes that she loves him during the dinner portion of their fantasy suite date. And the rest is Bachelorette history... but it wouldn't be the popular franchise without a bit of drama. During the "After the Final Rose" taping, Thurston had an explosive confrontation with Greg Grippo, who was one of her frontrunners until he departed the show after hometowns.

"I watched that episode before going on stage that same day, so you're kind of living in the heat of those emotions," Thurston told On The Red Carpet. "I think it's safe to say we're both ready to just shut that door and move forward."

One of the most entertaining moments of the three-hour finale was when Aunt Lindsey, who Thurston says is like her sister, grilled Moynes. Her wisdom and insights were unmatched, as she dealt Moynes hard-hitting statements, such as: "You ultimately mean nothing... you're here because we want you here, not because we need you here," and, "Marriage is not all it's cracked up to be," and, "Watching a trainwreck is not the same as actually being in that trainwreck."

Thurston revealed that while her family knew she was in a relationship with Moynes, they all found out the two were engaged as the finale aired. Now, with a few months under their belt as a couple, Moynes is confident he can answer Aunt Lindsey's tough questions.

"We can kind of explain how the last, most challenging three months have been -- living through FaceTime and when we're together how we navigate those moments," Moynes said. "We've tackled things that would be very, very difficult for the average couple to tackle."

Thurston is moving to San Diego, while Moynes lives in Ontario, Canada. Being in two different countries proved difficult during COVID, as Moynes had to quarantine for two weeks after every time he visited Thurston.

"We've agreed we are going to kind of hop around from place to place," Thurston said, adding they are planning to figure out where to live together in the next year. "We have so many bigger obstacles to focus on before talking about [a] wedding -- obviously we've definitely talked about kids and we're pretty open to everything at the moment."

Another bright spot from this season has been all of the fantastic memes Bachelor Nation shared on the internet. Moynes said he's seen himself compared to Sulley from "Monsters, Inc.," Thanos from "Avengers: Infinity War," Mr. Clean and Makunga the lion from "Madagascar."

"There's a whole bunch of weird ones that I get," Moynes said, "I would say probably Sulley is the one I get the most."

We couldn't end this conversation without talking about who should be the next Bachelor, and Thurston and Moynes agreed on one man from this latest season.

"I'm rooting for Andrew. I think he has so much to offer and he truly is in a place where he's ready to find his wife," Thurston said.