'The Kardashians' are back after pandemic break in new Hulu series 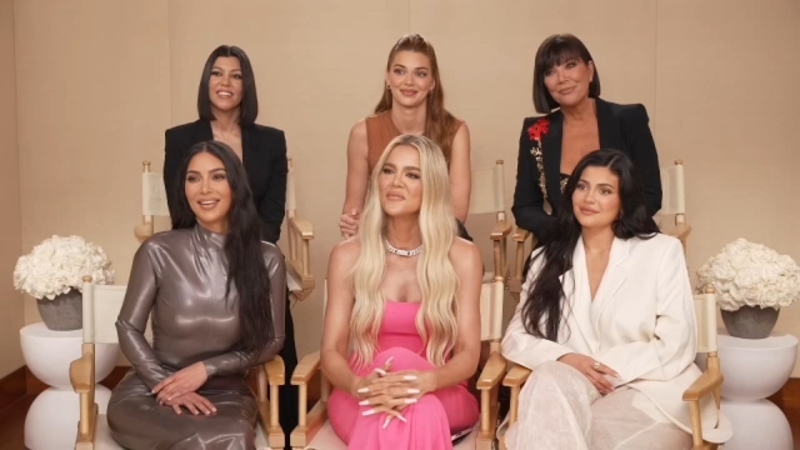 'The Kardashians' are back in new Hulu series

Tens of millions of TV viewers have been "Keeping Up with the Kardashians" for 20 years now, and after a break during the COVID-19 pandemic, the family is back with a new series on Hulu called simply "The Kardashians" that is streaming now.

The Kardashians were not the first celebrities to be famous simply for being famous, but they have earned more money than anyone else who could not sing, dance, act, or play a sport.

Their medium is social media, and like the old song says, "nobody does it better."

ALSO READ | On The Red Carpet: What to watch in April on TV, streaming
EMBED More News Videos

On The Red Carpet has your first look at what's coming to TV and streaming this April.

Together, the Kardashians have more than one and a half billion followers on social media. Kylie Jenner's total alone is almost equal to the entire population of the United States. So why do they need another TV series? And why should we watch?

"You see me doing my own thing, Kim doing her thing, we are all doing our own thing," Kourtney Kardashian said. "While I think on 'Keeping Up with the Krdashians,' we were always together like with another family member."

Led by the family matriarch, Kris Jenner, the Kardashians built a brand by showcasing their various businesses, and the new Hulu show does too.

The youngest of this clan never knew a life without cameras until the pandemic lockdown forced a new kind of privacy on all of them.

"I think the series is very special because you get to see more of Kendall and Kylie, and especially Kendall, who I think people find more elusive," Khloe Kardashian said.

She let her sisters do the talking when they were interviewed by sister station KABC's Karl Schmid for On the Red Carpet, but in a recent ABC News special hosted by Robin Roberts, Kendall's experience suggests that fame can be a double-edged sword.

"I struggle with my own mental health anxieties," she said.

The TV comedy "Black-ish" made Anthony Anderson a star, but he's become even more famous as one half of a comedy team on "To Tell The Truth."

The series offers that inside look at the balance with which the stars struggle.

"You see there's a cost to all of this," ABC News' Rebecca Jarvis said. "There's the anxiety. There's the loneliness that can come from having millions of followers and having to put on a certain face for every single day."

The preview special is also available on Hulu, and it offer a great setup to the series.