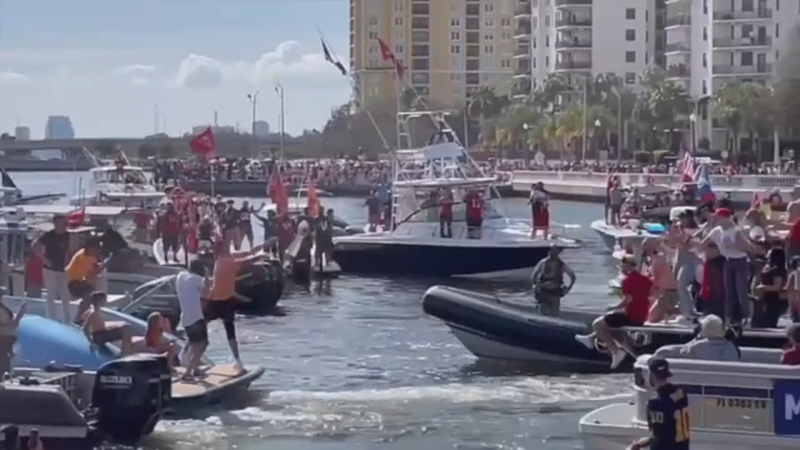 FT. MYERS-NAPLES, Fla. -- A Florida woman wants an apology from Buccaneers quarterback Tom Brady for what he did with the Vince Lombardi trophy after winning the Super Bowl.

"I have a big history of this trophy being made by my father and it's such an honor, and I know all the craftsmen that made it when my dad was there, also at Tiffany's and it takes a lot of work, a lot hard work - a lot of hours go into it," said Lorraine Grohs. "It really upset me that this trophy was disgraced and disrespected by being thrown as if it was a real football."


You heard that right.

Grohs' father, Greg Grohs, was the master silversmith at Tiffany & Co. that crafted the world-famous Vince Lombardi trophy back in 1967 until his retirement in 1994.

Grohs told WFTX that she's upset because she knows all the hard work that goes into making this coveted trophy awed by the world.

"I didn't sleep for the past two nights because I was that upset," she said, "because I know the passion that goes into this trophy, and know how my dad and all his fellow silversmiths are so proud to make this. I've seen this trophy being made at the factory at Tiffany's. My father had to chisel the seams, he had to chisel the seams by hand. There is a newspaper article that shows him working on that trophy chiseling it and the ball is hand-formed as base is as well."

Grohs said she's not a football fan and doesn't pay much attention to the game, but she watches it to the end for one specific reason.

"I only watch the game to watch the trophy come out," she said. "I like to see all the owners and the football players just hold it up with such pride, and hold it up and show everybody. And I get goosebumps, like right now, I'm getting goosebumps from it. I'm very proud."

Grohs said she has one message for the seven-time Super Bowl champion.