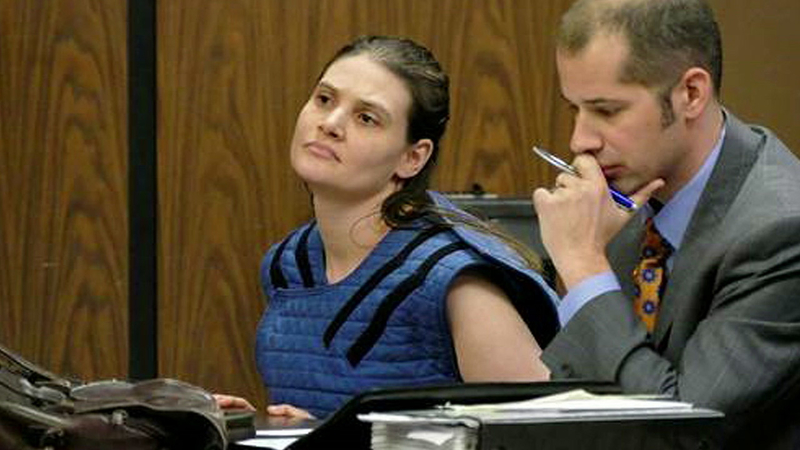 Husband of woman convicted of killing 3 kids speaks out

COMPTON, Calif. -- Carol Coronado appeared in the Compton Courthouse for her sentencing hearing Thursday, and her husband said the sight of her was very concerning.

Rudy Coronado spoke with Eyewitness News outside of the courthouse and said she belongs in a mental institution, not prison.

"She's lost her head. She's not the same. She's still in a jumpsuit, she's not even in the regular county blue. She's still on the mental floor so if she's really not mental why is she on the floor? Why is she in the same jumpsuit?" he said.

He added that there was no justification to the crime she committed, but he believe she was out of her mind when she did it.

His wife was found guilty of killing her three daughters by slashing their throats and stabbing them in the heart on May 20, 2014 in their Torrance home. The girls were just 3 months, 16 months, and 2 years old.

During her trial, prosecutors claimed that she also planned to kill her husband, but that her mother interrupted her when she discovered the children's bodies and grabbed a butcher knife from her hand.

But attorney Steve Allen said Coronado was a good mother. He maintains that his client was suffering from postpartum depression when she murdered the girls.

"Obviously, she's very distraught and upset and couldn't imagine she could do something like this and has no memory of it," he said.

On Thursday, Allen asked for a continuance, which the judge granted. The prosecution said they would have gone through with sentencing, but ultimately did not object to the delay.

Allen said he plans to file for new motions.

"One would be a motion for a new trial. There are a lot of things that happened during the trial that I believe are grounds for a new trial," he said.