President Trump says California is a disgrace to the country 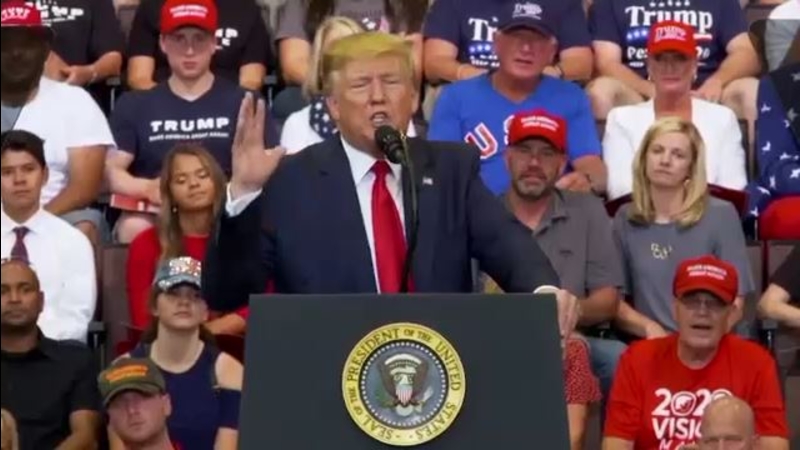 President Trump says California is a disgrace to the country

President Donald Trump attacked California during a rally in Cincinnati Thursday over the number of homeless people living on the streets.

"California is a disgrace to our country. It's a shame. The world is looking at it. Look at Los Angeles with the tents and the horrible, horrible disgusting conditions," Trump told the crowd.

Trump's latest attack on the state comes just days after Gov. Gavin Newsom signed a bill requiring presidential candidates to release their tax returns if they want to appear on state primary ballots. Trump has refused to release his returns.

During the rally, the president also blamed Democrats for crime in the nation's largest cities.

"No one has paid a higher price for the far-left destructive agenda than Americans living in our nation's inner cities," he said.

Trump followed up harsh comments he made earlier this week when he lashed out at Democratic Rep. Elijah Cummings, calling his Baltimore-area district a "disgusting, rat and rodent infested mess." Trump claims Democrats want to help migrants more than their own struggling communities.