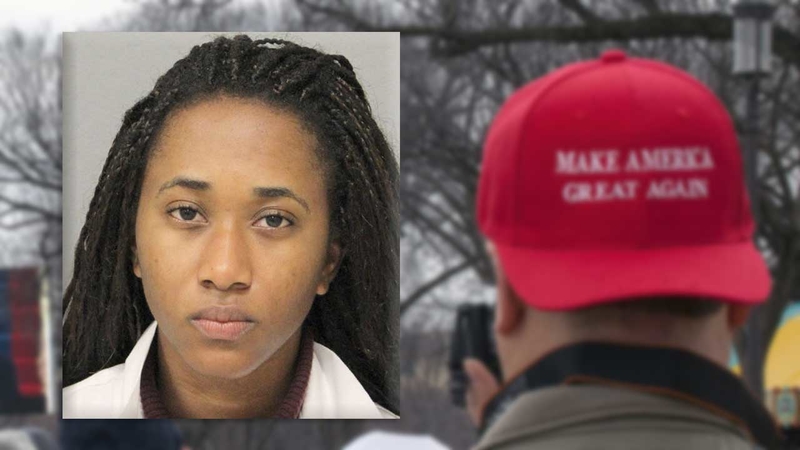 BALDWIN, Long Island -- A Long Island woman was charged with fabricating a story about a Trump-related hate crime.

Officials said 19-year-old Adwoa Lewis, of Baldwin, told police Friday that she was driving home when a group of four teenagers approached her, yelled "Trump 2016!" and stated that she didn't belong here.

Lewis also claimed that after she parked her car in front of her house, she woke up the next day to find slashed tires and a note that read, "Go Home."

After an investigation, police learned that this altercation did not take place, and police said Lewis admitted to writing the hateful note and placing it on her own car.

Lewis is charged with making a false punishable written statement and was released on an appearance ticket.