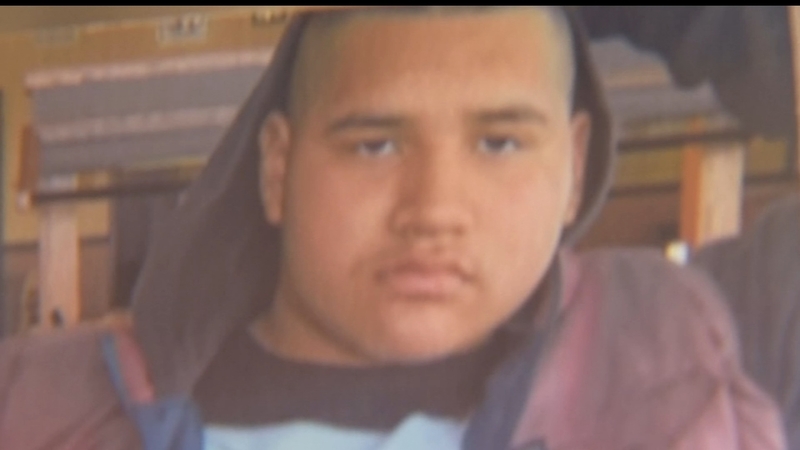 WOODVILLE, Calif. (KFSN) -- A Tulare County family is grieving after a mentally disturbed young man who threatened them with a knife was later shot and killed by Sheriff's deputies.

It happened Sunday night. Tulare County Deputies were called to a home in the community of Woodville, which is near Porterville.

A 17-year-old identified by his family as Umberto Sanchez Ramoz had become violent, and threatened family members with a knife.

The family members locked themselves into a back room and called 911. He panicked when deputies arrived.

"He kicked in a door and took one of his family members hostage, he was armed with a knife at that time, deputies felt they had no choice, the 11-year-old family member was in imminent danger, one of the deputies did fire several shots and subsequently the 17-year-old was deceased at the scene," said Dominic Bartteau with the Porterville Police Department.

Hisela Sanchez is Umberto's Sister. She says Umberto and a younger 11-year-old brother were left in the bathroom when deputies came in. She says the two were inseparable friends, and the 11-year-old is shattered by witnessing the shooting. She doesn't believe her older brother would have stabbed him, but, deputies say they were forced to act.

"It's not what we wanted. We wanted the officers to come in and calm him down. Not to take his life away," said Sanchez.

The family said Umberto suffered from psychosis, and had refused to take his medication for a couple of months.

He had been a student at Monache High school but was on home study.