Detectives say the murder is just the latest example of a jump in violent crime in the city.
KFSN
By Linda Ha and ABC30.Com Staff 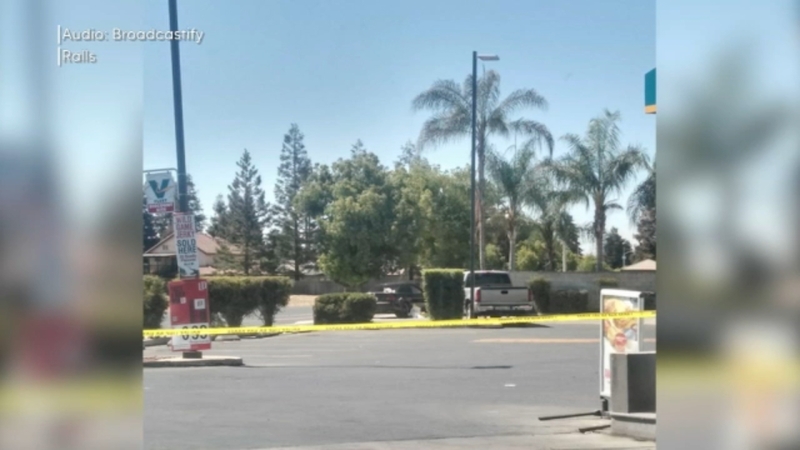 TULARE Calif. (KFSN) -- Tulare police are investigating a homicide that happened overnight after a victim was found in a car with gunshot wounds.

Authorities say it happened just after 2 am Saturday near North West St. and West. Prosperity Ave.

Police were initially informed of a car that appeared to be in a crash.

When they found the car, a victim was found inside suffering from gunshot wounds. First aid was performed on the victim but they died at the scene.

"It's a large crime scene," says Tulare Police Lt. Andrew Garcia. "We blocked it off on purpose that way to prevent possible contamination of evidence. So they scoured the entire area and it may have appeared that the vehicle was damaged and that's where it ended at."

The identity of the victim has not been released.

Detectives say are looking for a Black Jeep Wrangler with four doors and standard tires and wheels in connection with the homicide. This vehicle should have driver side damage and will have paint transfer marks from its collision with the victim's vehicle.

If you have any information on this case or about this vehicle, officials are urging you to contact the Tulare Police Department.

Karmjit Grewal woke up to the large police presence near his home and said a crime of this magnitude doesn't happen often here.

"I see outside, I see the police blasting lights on..I know it's disappointing, somebody died. We don't want to see something like this happen," said Grewal.

Detectives say the murder is just the latest example of a jump in violent crime in the city.

This is the fourth homicide of the year in Tulare.

Last year, there were a total of five homicides in all of 2020.