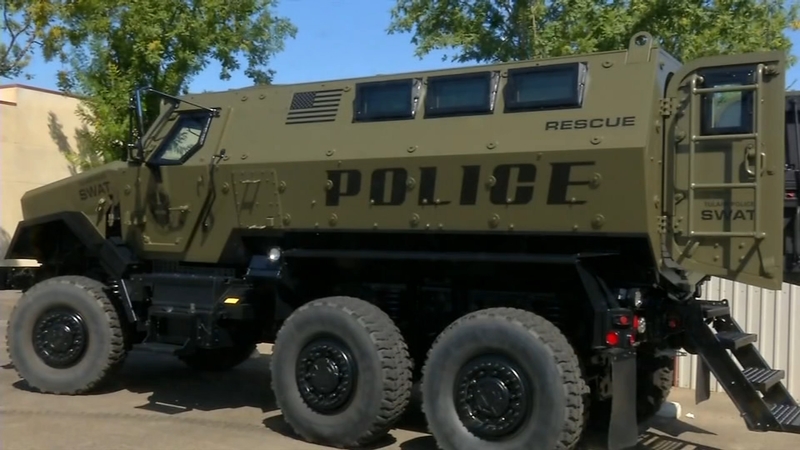 It served the military at one time.

"This vehicle isn't meant to be a show of force or an intimidation tool," said Lt. Jerod Boatman. "It's strictly a defensive tool. This vehicle affords us a certain amount of safety for our officers and members of the community that you can't get otherwise."

In the past, the department has relied on other local agencies when they needed an armored vehicle.

Like in the fall of 2016, when a murder suspect barricaded himself inside a home for hours, firing at officers, hitting one Tulare officer in his ballistic helmet.

That's when Tulare Police decided they needed an armored vehicle of their own.

Nearly three years later, they got one through the 1033 Program, which allows law enforcement agencies to apply for excess military property.

"The officers stood behind the armor of this vehicle and gave him commands until he was put in handcuffs," Boatman said. "Nobody was really put in danger and everybody went home safe. It's perfect. It's an exact example of what we can do with this vehicle and what it's meant for."

It's not something anyone hopes for, but in the event of an attack, officers can rescue people by putting them in the back of the vehicle, which can comfortably seat ten.

This MRAP likely won't encounter any IED's in Tulare, but it could defend against gunfire, possibly saving a life in the process.

The city of Tulare allocated $35,000 for the police department to make the MRAP operational.