Two people are trapped under collapsed structure in Northwest Fresno 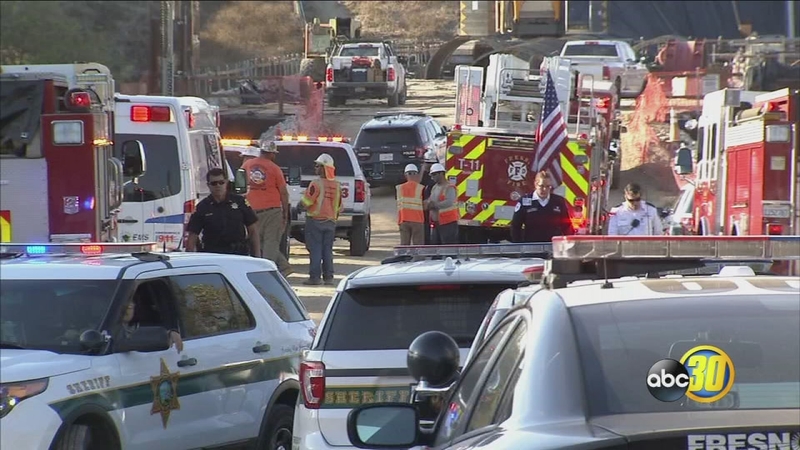 Two people are trapped under collapsed structure in Northwest Fresno

Two men working on the high-speed rail project were hurt and trapped under rebar Saturday afternoon in Northwest Fresno.

Both of those workers were transferred here to be treated for moderate to major injuries, and now local and state agencies are trying to determine how they were hurt.

Several agencies responded to a call of two workers on a high-speed rail property trapped under collapsed rebar.

It happened at about 2:30 pm Saturday afternoon at a construction site at the San Joaquin River off of Highway 99 and Herndon.

CHP Officers say a large rebar structure fell and injured two out of about twelve workers on the site.

Sgt. Mike Trenholm said, "Based on the fact this happened in a construction zone Cal Osha has been notified, Cal Osha will do a parallel investigation with the CHP to determine exactly what happened here today."

A spokeswoman with the high-speed rail has released a statement saying 'high-speed rail employee safety is our top priority and our primary concern at this time."

The High-Speed Rail Authority goes on to say it will be conducting its own investigation to determine the cause of Saturday's situation at the San Joaquin River Viaduct construction site.

Additionally, all work on the construction site has been stopped.