Sheriff Vern Warnke announced during a news conference at 1 p.m. on Thursday that Javier Delgadillo-Munoz was arrested at the scene of the shooting. A California Highway Patrol helicopter crew spotted him hiding in a tree with the help of an infrared camera.

Detectives later tracked down the second suspect, Paul DeMarcus Glenn, but details about his arrest have not been released. Investigators believe he was the shooter. 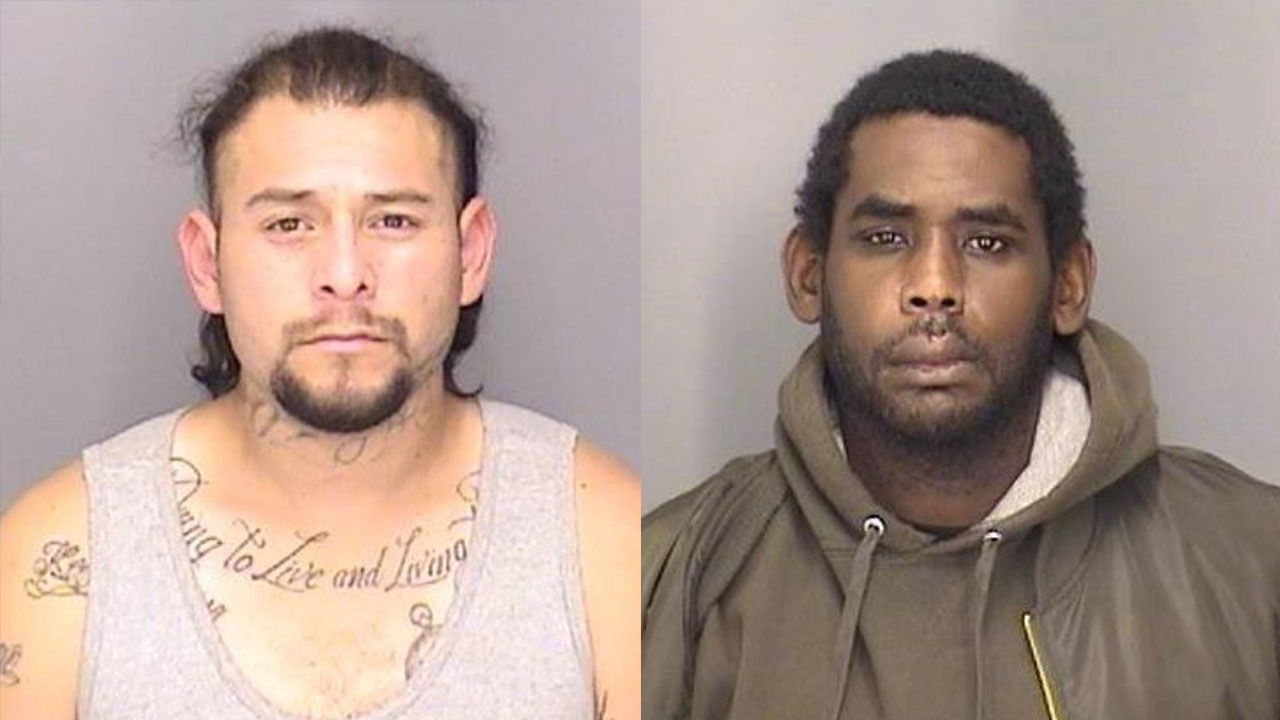 Warnke says the two suspects went to the home on Yamato Road near Olive Avenue to steal marijuana from an illegal indoor grow with more than five thousand plants. He says they assaulted the homeowner and then opened fire on the deputy who responded to a disturbance call.

Deputy Ochoa was shot in his bulletproof vest and suffered only minor injuries. He returned fire, but the two suspects in custody were not shot.

Deputy Ochoa has been with the department for three years. He started in corrections and moved to a patrol position in June, and has been a deputy for less than a year.

Stay with Action News for updates on this developing story.

NOTE: The video included above is from a prior story.
Report a correction or typo
Related topics:
merced countymerced countymerceddeputy involved shooting
Copyright © 2021 KFSN-TV. All Rights Reserved.
DEPUTY-INVOLVED SHOOTING