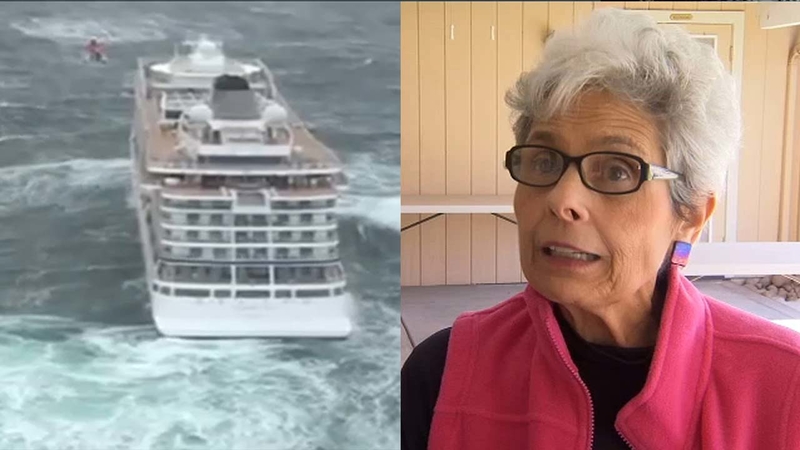 The Viking Sky cruise ship she was on got caught in rough seas off Norway on Saturday.

"A big wave hit us on the side and at the time we didn't know but our engines had failed," she recalls. "People got dumped out of their chairs and everything else. Furniture was sliding around."

She feared for her life but describes a calm atmosphere aboard the stranded ship.

"The captain came on the loudspeaker and said this is not a drill."

It was a harrowing experience. All she wanted was a chance to see the Northern Lights.

She did but Tynan and her travel companion were also among the 479 people rescued by helicopter.

"They walked us out onto the deck. It was dark, it was cold, it was raining. The wind was blowing. The waves were almost at 30 feet. The helicopter is way up there."

Through it all, even while recovering from shoulder surgery, Margaret never lost her sense of humor.

"But the good part is those Norwegian men are beautiful."

"Some of us were terrified but people stayed calm. You didn't hear anybody screaming."

And the experience won't stop her from traveling.

"Of course you can get out of bed, walk across the street and get run over by a truck. I'd rather be having a good time somewhere."

Maybe somewhere where she doesn't need to be evacuated.

"I kind of look for excitement and I really got a good dose of it this trip."

Viking Ocean Cruises offered refunds as well as a free cruise to passengers brave enough to take another one.