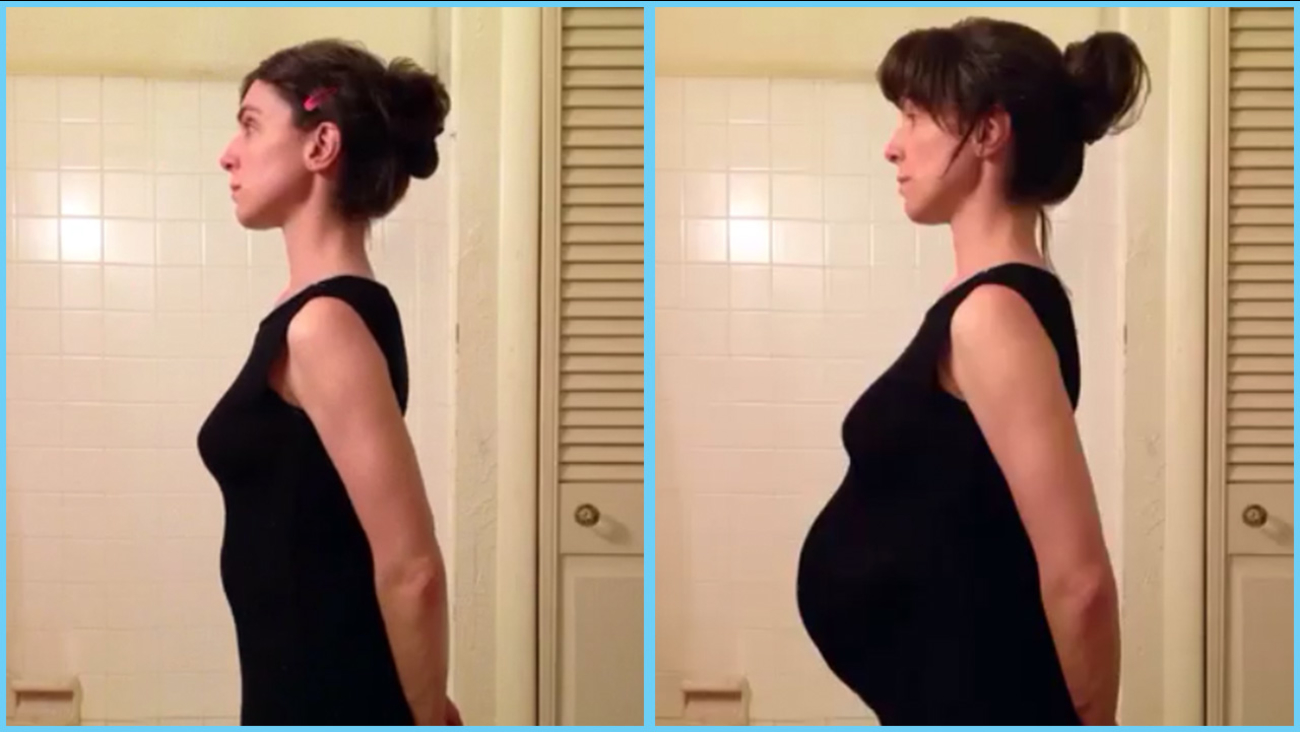 
Claire Pasquier had to stand absolutely still, in the exact same place in a bathroom, every month, so her husband could snap only two frames of video each time. Neither would know the end result until its completion, nine months later, when Claire gave birth to their child. The video has so far been 'looped' more than 1,580,000 times.

The Vine app allows users to shoot and edit a six-second video with their smartphone to easily share small life moments with friends and family. However, up until recently, all editing had to be done within the phone, which is extremely limited in terms of functionality. With no real capability to render a time-lapse out of normal video footage, such effects have to be done in Vine by manual precision: simply hitting record and stopping in quick bursts. Two frames of video per month, to be exact.

For nine months, Ian kept the video draft saved onto his phone while the couple patiently awaited the day when it would be finished. After a recent update by Vine that allowed users to upload outside videos into the app, Ian was happy to throw in a little bit of music to accompany his wife's lightning-fast gestation.


After the baby was born, Ian released this Vine with the caption, "I'm the happiest man alive :)"

With the new Vine update goes the charm and painstaking craft required to create a compelling, tiny video all without the power of modern video editing. Now users may upload a pre-edited video into the app, circumventing the limitations that made Vines so wonderful to behold.

What would you make a Vine time-lapse of? Let us know in the comments below.