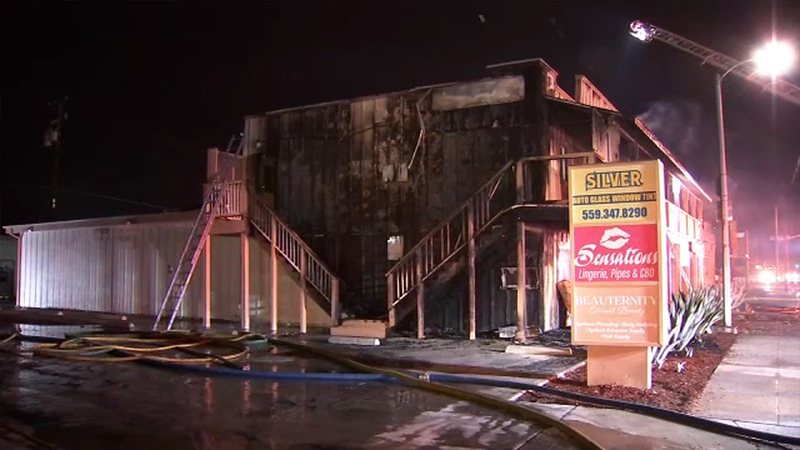 Multiple fire crews responded to a two-story building around 11:30 pm on Houston and Ben Maddox Way.

When the firefighters arrived, they found flames spreading up to the second story and into the attic.

Fire crews had to take a defensive approach, battling the flames from the outside. Tulare County firefighters were called to help douse the blaze.

Four businesses inside this building on Ben Maddox Way and Houston Ave will be facing the aftermath of a fire that started at 11:30 pm. @VisaliaFire is investigating. No one was injured. pic.twitter.com/2MOrhccclr

Officials said the building was severely damaged, but they were able to help relieve the amount of smoke damage.

"Once we went into defensive operations, we put up a large master chain aerial device, and it pushes all that smoke down the building. We wanted to get that smoke out, so we had some pretty good openings from the backside of the building on the sides. We got that smoke out of there," said Visalia Fire Battalion Chief Darrin Hughes.

Four businesses have been affected by the fire. Two were located on the first floor and another two on the second.

Firefighters removed merchandise from one business that deals in antiques and pet birds. All the birds were saved before being overcome by smoke, officials said.