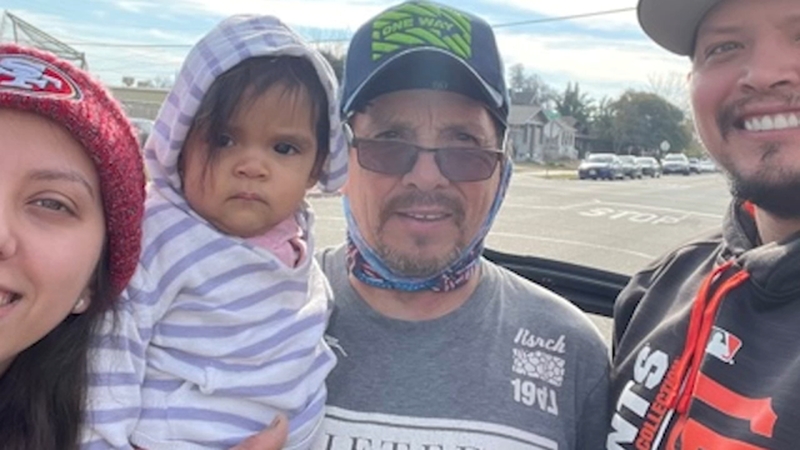 VISALIA, Calif. (KFSN) -- Hours after the crime scene had been cleared, Visalia Police detectives could be seen knocking on doors in the neighborhood where Monday night's deadly shooting took place.

Officers responded to the area of Bridge and Tulare just before 11 pm and found a man with multiple gunshot wounds.

"Based on the physical evidence, we believe that the shooting took place in that specific area," Sgt. Mike Short said.

Sgt. Mike Short says officers have been interviewing some people who heard the shots and others who saw Picasso down on the ground.

They've also been able to make contact with his family members and have been talking to them about why Picasso may have been in the area.

"We're doing our best at this point to try to pinpoint why he was there, who he may have been meeting, if he was anticipating meeting anyone, or if this was just a random, came across the wrong person at the wrong time," Short said.

A statement from her is below.

My father was the most generous man I've ever known. He would give you his last five dollars or the shirt off his back if you needed it. He had a big heart and always reminded us to be humble. He was kind, respectful, and a big jokester who could make you laugh even on your worst days. No matter what happened he'd always say to be kind and forgiving of others.