Jarring satellite images showed a massive cloud of smoke settling almost completely over California, and the western parts of Oregon, on Wednesday.
KFSN
Hazy skies and the smell of smoke lingered over the Central Valley as the nearby Creek Fire and dozens of other wildfires across the West Coast continued to burn.

Jarring satellite images from the National Oceanic and Atmospheric Administration (NOAA) showed a massive cloud of smoke settling almost completely over California, and the western parts of Oregon, on Wednesday.

See how the wildfire smoke looks from space by playing the video player above.

An air quality warning remains in effect for the entire Central Valley until the wildfires are extinguished, ABC30 meteorologist Madeline Evans said.

"If you stay outside too long with those particles from smoke, it can be very harmful to your respiratory system," Evans added.

If you find yourself in the vicinity of a wildfire, the air could get smoky very quickly depending on the wind direction and speed. Check out these tips from AccuWeather to help protect your eyes when there's wildfire smoke in the air.

The air quality for Fresno and Kings counties was unhealthy on Wednesday, while Madera, Merced and Tulare counties were unhealthy for sensitive groups. Gusting winds also left the potential for a worsening air quality index into the afternoon.

The Central Valley was not alone when it came to waking up to smoky skies.

Social media was filled with photos of the unusual sky and many people complained their cellphone cameras weren't accurately capturing the golden hues.

Strong winds from the north and northeast pushed smoke from devastating wildfires in Oregon and Washington state into lower elevations, said Roger Gass, a meteorologist with the National Weather Service Bay Area.

"The sheer amount of smoke, the multiple layers of smoke above us in the atmosphere are combining to darken our sky," he said.

People in communities from southern Oregon to north of Seattle have seen blood-red skies and choking smoke.

Gass said winds coming from the Pacific Ocean will likely continue to push the smoke across the West, worsening air quality.

"Everybody wants to know, when is this going to get better," Gass said. "We have to remember as long as the fires keep burning they're going to continue to produce smoke." 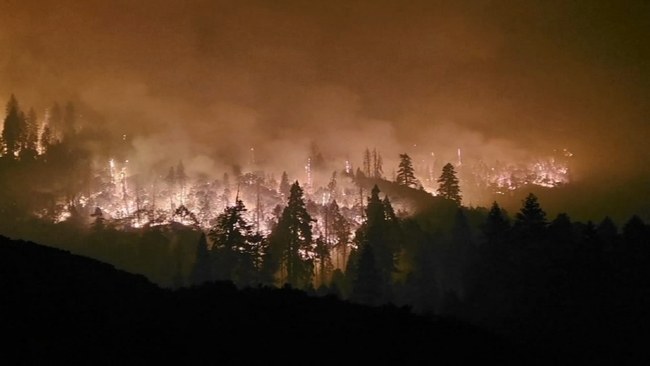 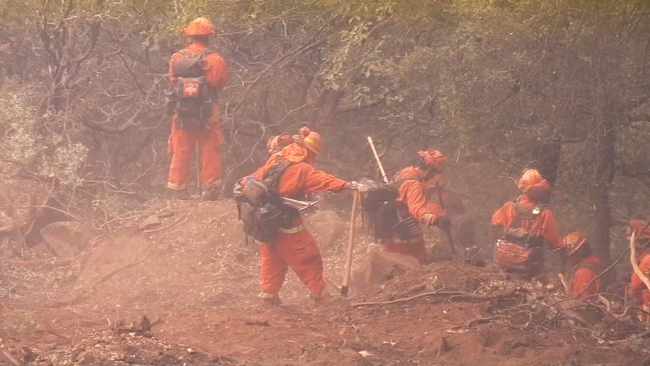