KFSN
By Dale Yurong
Based on findings over the past two decades, a new study from Columbia University indicates the southwestern US has entered into a climate-driven mega drought.

'Science' magazine says global warming has pushed the southwestern US into megadrought territory.

Farmers have been dealing with drought conditions for half of the last two decades so the report doesn't come as a surprise.

"The potential for us to continue to see this drought last over the course of another decade or two is very concerning. But it's something we in the ag industry definitely want to see - an improved infrastructure. We do have a system that has worked very well for the last half-century but going forward it's not expected to work the same way," says Fresno County Farm Bureau CEO Ryan Jacobsen.

Jacobsen says new reservoirs are needed in the future because of changing weather patterns.

"All indications from most of the reports that I've seen going into the future is that the Sierra Nevada watershed will see a lot of the precipitation amounts remain the same but it will come in the form of rain vs. snowpack."

Fresno County farmer Don Cameron has pioneered the practice of irrigating crops with excess floodwater he stored underground during wet years. It is a system more growers are considering to remain viable.

The latest Sierra measurement April 7th revealed the state snowpack was 53% of average.

"California's always been a boom or bust cycle. The misnomer is there's such a thing as average. There is no average precipitation in California. We either get it all at once or we go many years without it," says Jacobsen.

A look at the latest US Drought Monitor map shows Merced, Madera, and Fresno counties in moderate drought. Kings and much of Tulare county though are already abnormally dry.
Report a correction or typo
Related topics:
weatherweatherclimate changedroughtsevere weather
Copyright © 2021 KFSN-TV. All Rights Reserved.
DROUGHT 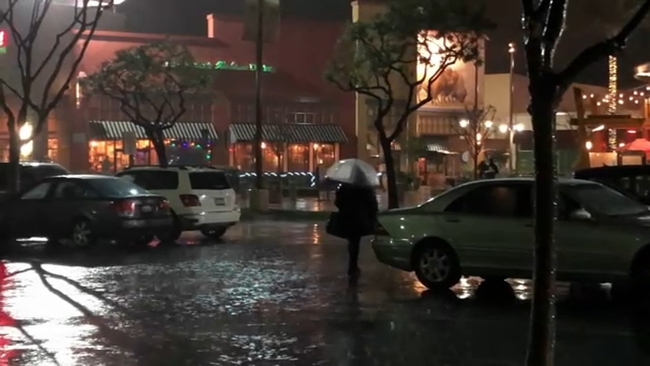