'This is not over': Hurricane sideswipes Florida coast 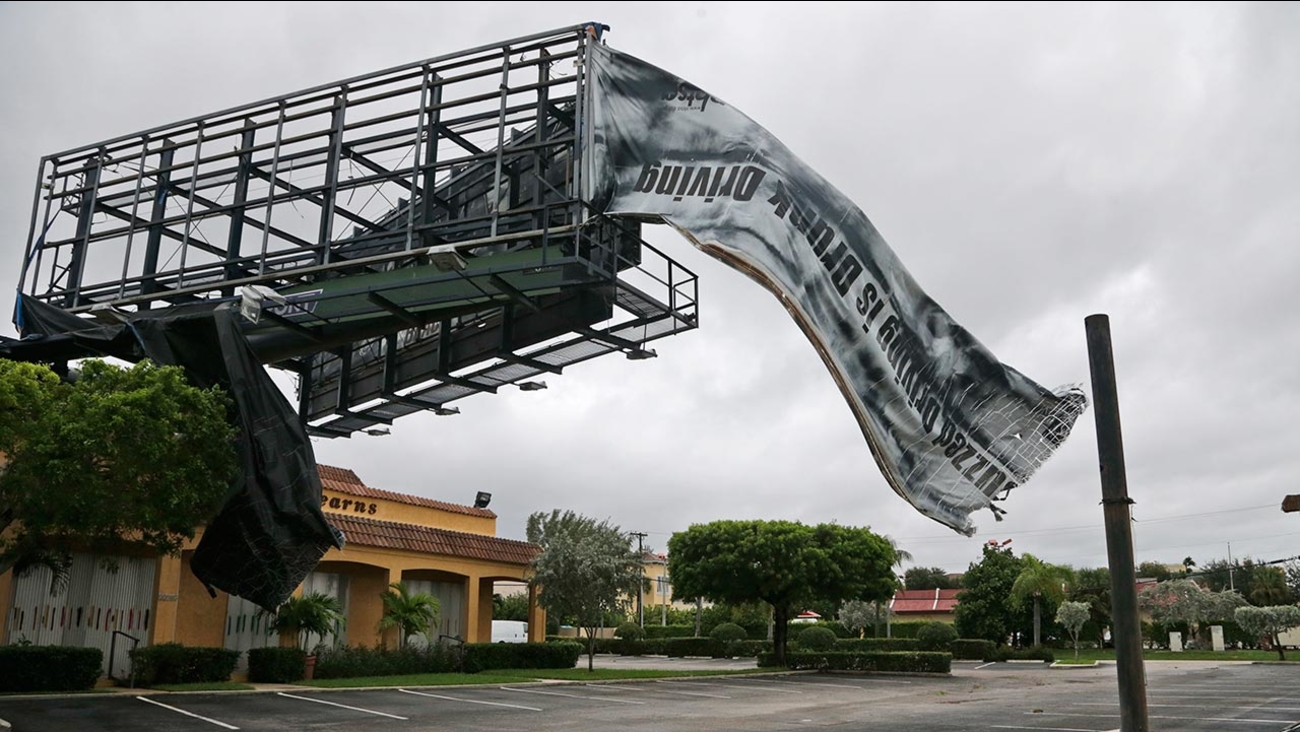 CAPE CANAVERAL, Fla. -- Hurricane Matthew sideswiped Florida's Atlantic coast early Friday, toppling trees onto homes and knocking out power to more than a half-million people but sparing some of the most heavily populated stretches of shoreline the catastrophic blow many had feared.

Authorities warned that the danger was far from over, with hundreds of miles of coastline in Florida, Georgia and South Carolina still under threat of torrential rain and dangerous storm surge as the most powerful hurricane to menace the Atlantic Seaboard in over a decade pushed north.

They warned, too, that the storm could easily take a turn inland.

"It still has time to do a direct hit," Gov. Rick Scott said in the morning. "This is not over. ... It could be the worst part of this is yet to come."

Meanwhile, the magnitude of the devastation inflicted by Matthew as it roared through the Caribbean became ever clearer, with officials in Haiti raising the official death toll there to nearly 300, while also cautioning that there were scores of bodies that had yet to be recorded.

In Florida, Matthew was downgraded to a Category 3 hurricane overnight, and its storm center, or eye, hung just offshore Friday morning as it moved up the coastline, sparing communities the full force of its 120 mph winds.

Still, it got close enough to knock down trees and power lines, and a 107 mph gust was recorded at Cape Canaveral. Nearly 600,000 people lost electricity.

Robert Tyler had feared the storm surge would flood his street two blocks from the Cape Canaveral beach. Tree branches fell, he could hear transformers exploding overnight, and the windows seemed as if they were about to blow in, despite the plywood over them.

But in the morning, there wasn't much water, his home didn't appear to have damage on first inspection, and his vehicles were unharmed.

"Overnight, it was scary as heck," Tyler said. "That description of a freight train is pretty accurate."

As the storm closed in over the past few days, an estimated 2 million people across the Southeast were warned to clear out.

At 11 a.m., Matthew was centered about 35 miles northeast of Daytona Beach and about 95 miles southeast of Jacksonville. Its wind speed was holding steady, and it was moving northwest at 12 mph.

About 500,000 people were told to evacuate the Jacksonville area, and another half-million were under orders to clear out in Georgia.

Forecasters said Matthew could dump up to 15 inches of rain in some spots and cause a storm surge of 9 feet or more.

National Hurricane Center Director Rick Knabb reminded people in the danger zone that storm surge is the biggest threat to life during a hurricane, even when the storm's eye remains offshore.

"If you're hoping it's is just going to pass far enough offshore that this isn't a problem anymore - that is a very, very big mistake that you could make that could cost you your life," he said.

Airlines canceled at least 4,500 flights Wednesday through Saturday, including many in and out of Orlando, where all three of the resort city's world-famous theme parks - Walt Disney World, Universal Studios and SeaWorld - closed because of the storm.

Airports in South Florida began returning to normal, however, with American Airlines seeing its first arrival at its Miami hub at 9:05 a.m.

Despite the warnings to leave, many hunkered down Thursday night and hoped for the best.

The door to Darrell Etheridge's garage was blown off, but the Vero Beach resident said the storm was no big deal. There was no flooding and he had power for most of the night, only losing cable TV.

While the wind's howling "sounded like a pack of wolves," he said, "I got off damn good."

Some people who refused to evacuate were stranded and called for help but were told to stay put until conditions improved enough for paramedics and firefighters to get to them, said emergency operations spokesman David Waters in Brevard County, the home of Cape Canaveral.

"A family called in that the roof just flew off their home on Merritt Island," Waters said.

NASA reported mostly minor damage at the Kennedy Space Center in Cape Canaveral, including damage to some parked cars and an office building roof.