Wendy's spent the past four years researching how to upgrade their fries.
CNNWire
By Jordan Valinsky, CNN Business 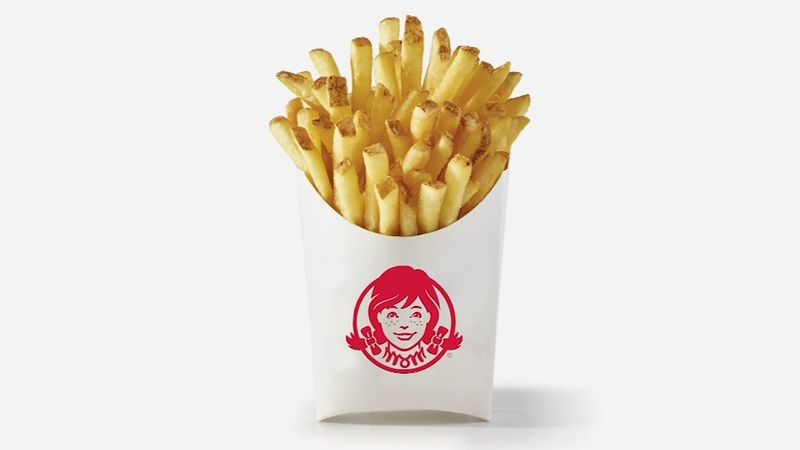 Wendy's is upgrading its French fries

PHILADELPHIA -- Few things in life are worse than a soggy French fry. Wendy's says it has a solution.

The fast food chain is giving its top-selling menu item a makeover for the COVID era: a fry that retains more heat and keeps its crispiness longer compared to its predecessor. The upgraded fry, which will be available nationwide by mid-September, was created as more people shift their ordering preferences to drive-thrus and delivery because of the pandemic.

Although the look of the new fries will be familiar to Wendy's fans, the flavor won't.

"They're going to notice a difference as soon as they taste it," Wendy's President Kurt Kane told CNN Business in an exclusive interview. "The proof will be in the tasting."

"What we've done is balance the cut of the fry and kept a little bit of the skin of the potato on the fry to be able to drive flavor," he said. "We used a batter system that allows us to be able to maintain crispiness, both when they're fresh and hot out of the fryer as well as several minutes later."

The batter system is when the fries are dunked in oil. Kane said the fries are improved because restaurants are using new fry baskets that are shorter, helping the fries be fully submerged in oil.

"What those new fry baskets do is enable us to make sure that we fry the fries correctly each and every time," he added.

Wendy's spent the past four years researching how to upgrade their fries. About 20 different designs were considered before landing on one that's "fairly consistent in shape and size where we've been historically," Kane said.

The last time Wendy's changed their fries was in November 2010, when it added sea salt and used a natural "skin-on" cut. That was the first time it had tweaked the fries since opening in 1969.

Ultimately, the idea of the improved fry was to "put an end to disappointing and inconsistent fry experiences that other places still serve," he said.

Early reactions are positive: Wendy's cited a national taste test conducted by the company that showed participants preferred the chain's new fries over McDonald's in a two-to-one margin. Kane said it's on the "right track to outperform our old fry."

As drive-thru and delivery sales increased over the past year, cold, soggy fries have become a pain point for customers.

"A lot of the design characteristics are built around making sure that we can serve a hot and crispy fry every time, no matter how you choose to access Wendy's," he said. The fries will still be salted and will be served in new packaging that "reinforces what makes the fries special."

Kane declined to comment about how much the roll-out is costing Wendy's, but he said the company is putting "significant amount of weight" behind marketing it. Wendy's recently announced it's spending an additional $10 million to advertise its burgeoning breakfast menu.