The previous record was 1.96 million acres burned in 2018. Cal Fire began keeping the records in 1987.
AP
By Marcio Jose Sanchez and Christopher Weber 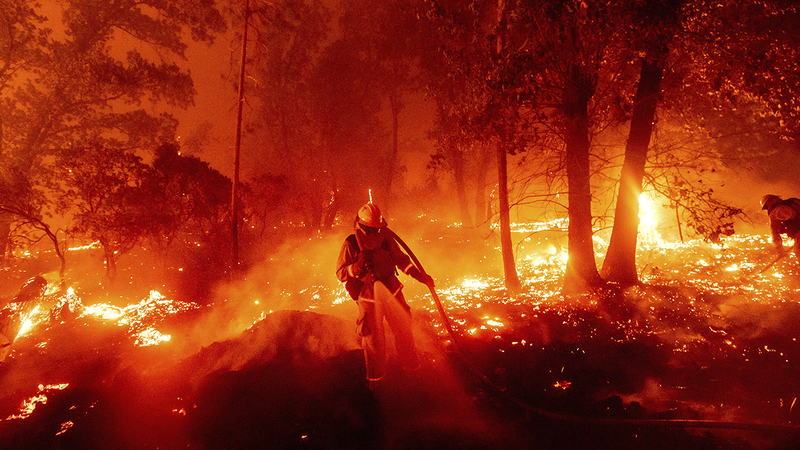 SHAVER LAKE, Calif. -- Wildfires have burned more than two million acres in California this year, setting a new state record even as crews battled dozens of growing blazes in sweltering temperatures Monday that strained the electrical grid and threatened power outages for millions.

The most striking thing about the record is how early it was set, with the most dangerous part of the year ahead, said Lynne Tolmachoff, spokeswoman for the California Department of Forestry and Fire Protection, or Cal Fire.

"It's a little unnerving because September and October are historically our worst months for fires," she said. "It's usually hot, and the fuels really dry out. And we see more of our wind events."

These are the five most destructive wildfires in California history when measured by the number of structures destroyed.

Dry, hot winds are predicted to raise fire danger to critical levels in the coming days.