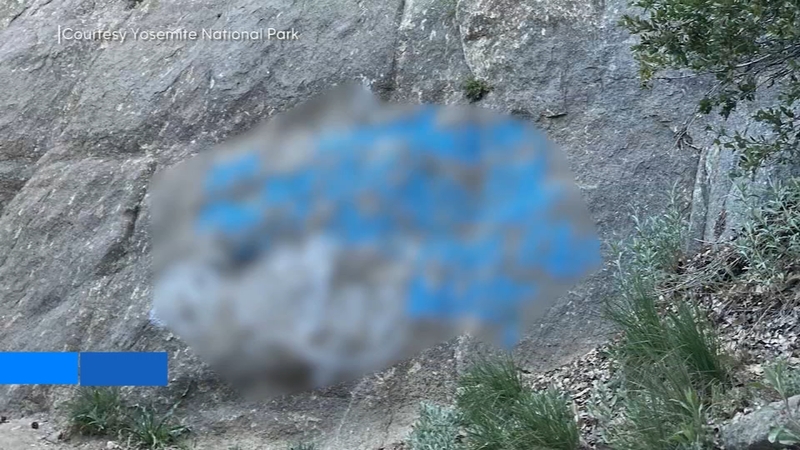 YOSEMITE NATIONAL PARK, Calif. (KFSN) -- Officials are asking for the public's help after parts of Yosemite National Park were vandalized.

Pictures from the park show blue and white graffiti -- some which says "Fresno."

On May 20, park rangers responded to reports of vandalism on the Yosemite Falls Trail by setting up a trail block to identify potential suspects.

The next day, the rangers assessed the damage and found about 30 areas along the trail spray painted with graffiti.