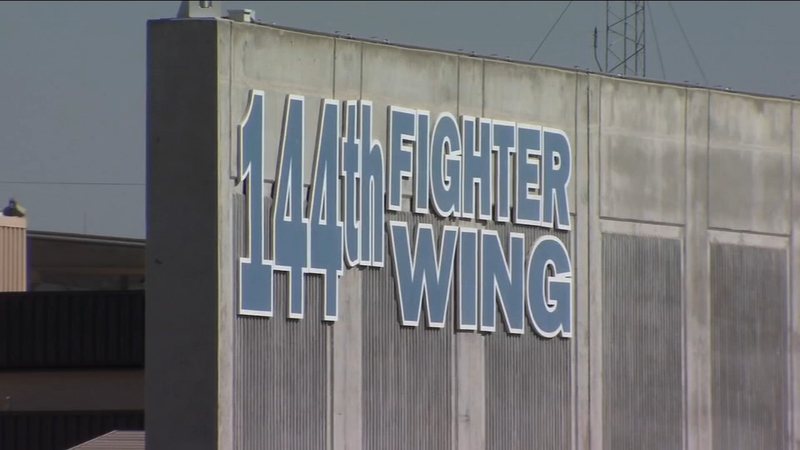 FRESNO, Calif. (KFSN) -- Fresno's 144th Fighter Wing is under scrutiny from the U.S. Air Force Inspector General's Office because of a disgusting discovery four years ago.

The first of three investigations launched right after Staff Sgt. Jennifer Pineda found out someone urinated in her uniform boots.

But fellow officers are questioning the investigations, complaining about retaliation for their contributions and a potential cover-up.

The 144th is renowned for its F-15 pilots working to protect California and the country.

But at least five of its Air National Guard members have filed internal complaints about a nasty incident and other concerns.

"They're scared to speak up so I'm speaking for them," said Maj. Dan Woodside.

Woodside retired from the unit in 2016, so he talked freely with Action News about the investigations into someone urinating in Pineda's uniform.

Investigators only talked to three other people the first time around and came up empty.

In a second investigation months later, they finally talked to people who were in the building that night, having drinks after finishing a day of work.

The commander of the fighter squadron at the time, Col. Sean Navin, was one of the drinkers. Navin denied any involvement, according to Guard records.

Investigators reached no conclusions that time around either. They didn't identify any suspects and eventually got rid of the urine without ever testing it for DNA.

"If there was a smoking gun, they took it and threw it right in the river," said Maj. Woodside.

Forensic analysts say urine can be tested for DNA, but it degrades faster than other tissue and bodily fluids.

Former military lawyer Scott Taylor tells us the story now is less about the crime and more about officers accusing their superiors of covering it up.

He says new rules instituted in 2016 might make the incident a more serious crime, which would've brought in more seasoned investigators.

"Back when this happened in 2015, if the Air Force Office of Special Investigation got involved, maybe it would've been handled differently," said the former judge advocate general, or JAG.

Woodside says it should've been handled differently from the start, especially since people in command positions might've been involved.

Administrators at the Fighter Wing didn't respond to our request for comment, but after the L.A. Times started asking about the Pineda episode, the California Military Department asked the U.S. Air Force Inspector General's Office to conduct a third investigation.