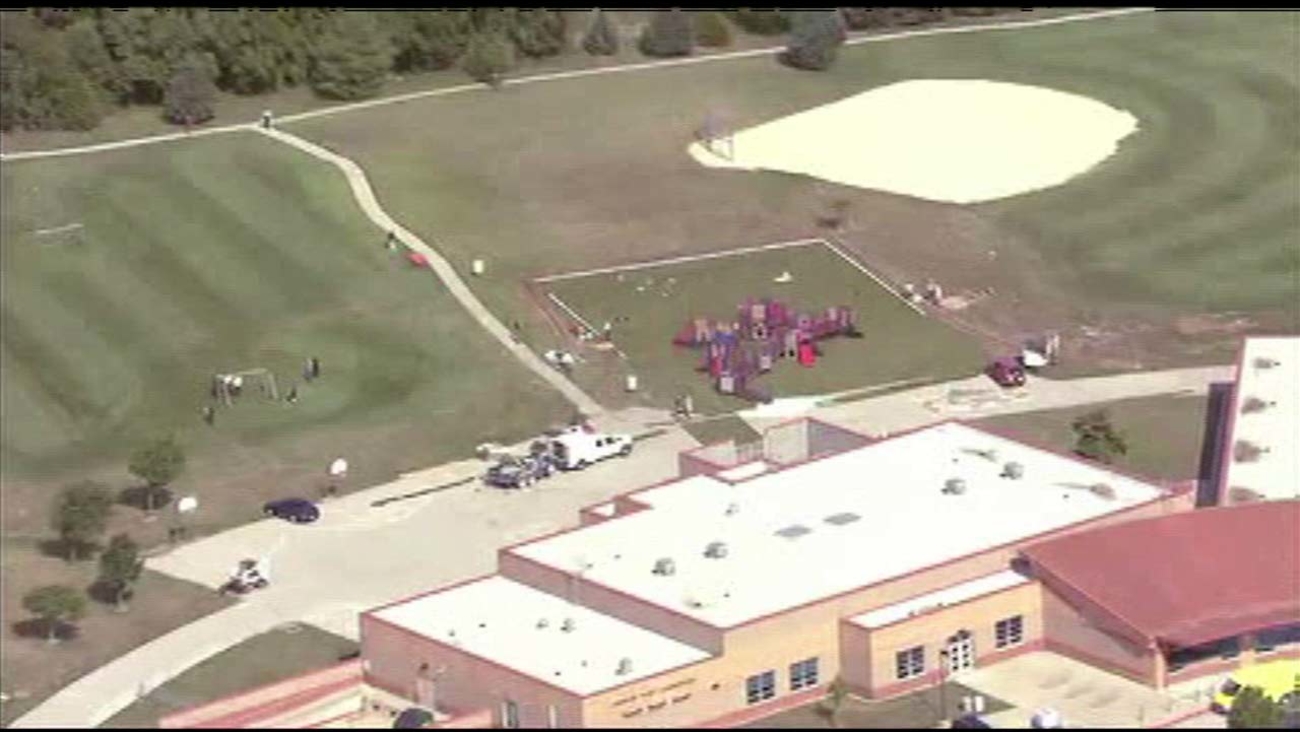 An aerial view of Sunrise Point Elementary School in Kansas.

District spokeswoman Becky Miller says no students were on campus.

Overland Park Police said in a tweet that no school employees were involved.

The Kansas City Star reports that the shooting suspect fled and tried to carjack someone at a car wash. Police say shots were fired but no one was hit. The suspect stole another vehicle at gunpoint a few minutes later.

Police are searching for the suspect.