Daryn Coleman, the owner of Fresno's Ghost Golf, says he's afraid he might have to close his business for good.
KFSN
By Nathalie Granda 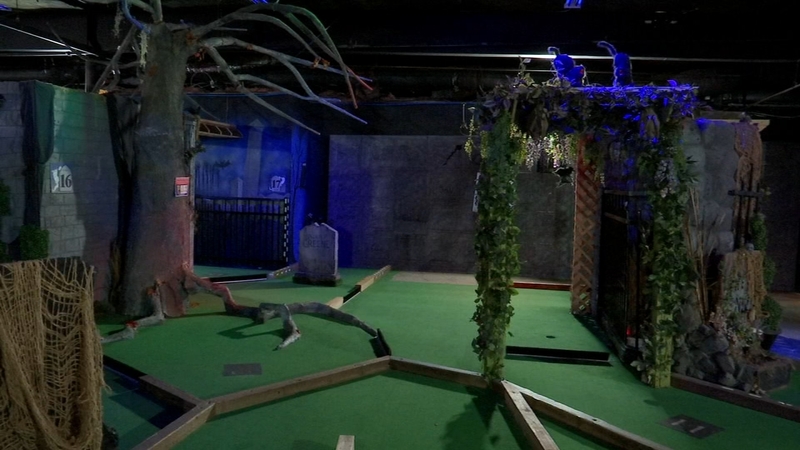 FRESNO, Calif. (KFSN) -- Skeletons and ghouls are around every corner at Ghost Golf in Fresno.

Despite the spooky appearance, owner Daryn Coleman says his business is a labor of love.

"I hand-built everything in here, this is all my creation,"

The indoor mini-golf business was going great until March when he was forced to close due to the pandemic.

Business has been dead since, and he's been forced to keep his doors shut.

Now, he's joined a lawsuit against Governor Newsom as Sacramento attorneys are calling his closures unconstitutional.

Ghost Golf is named in that lawsuit, as Coleman's lost thousands of dollars since the closure.

He usually makes tens of thousands in October, his peak month.

"Bills are coming in, I have no income coming in. Unlike a restaurant, I can't do curbside mini golf. When it shut down, I'm shut down," Coleman says.

Time and money are running out.

Despite all the scary sights, Coleman says what's frightening is the thought of having to close his doors for good.

"Do masks and social distancing work? Or not? If they do, if they're fine in restaurants, then let me open," he says.

Action News reached out to the Governor's office for a response, but has yet to hear back from Newsom's office.