The company hasn't confirmed any details but we were able to make some connections of our own.
KFSN 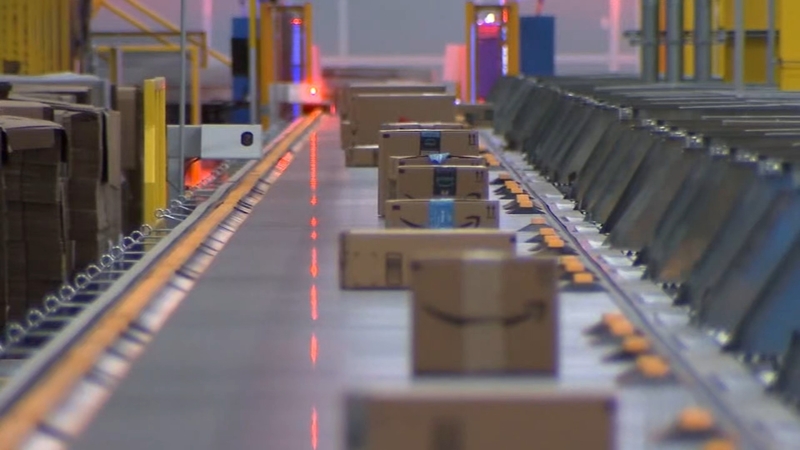 VISALIA, Calif. (KFSN) -- In a recent city council meeting, Visalia's mayor announced that there is a new Amazon project in Visalia's industrial park.

But he gave few details, only saying the 1.3 million-square-foot facility will create a number of jobs for the community.

City officials weren't able to comment any further on Friday.

But on the city's website, Action News found a building application for a 1.3 million-square-foot shell in the area of Riggin and Plaza.

The shell application is still under review, but other permits - for temporary power poles and foundation - have already been issued for the same address - 3315 North Kelsey.

A full-fledged construction site has been set up at that location.

The mayor didn't use the term fulfillment center when describing the site, but he did say people and robots would be working at the facility.

And the company relies on both to operate its 175 fulfillment centers worldwide.

Centers in Fresno and Bakersfield have created thousands of new jobs.

"They're going to need truck drivers, people inside the warehouse. I see it as an opportunity for the people of Visalia," says Visalia's Julio Gomez.

Gomez also sees potential benefits for Amazon customers like himself.

"I think it will be faster... There's a warehouse here in Visalia, I'll order something, it could be here or they could ship it here within days and it will be better customer service."

It's still unclear when the project will be finished, or when hiring will begin.

But one thing is for sure - major changes are happening in the industrial park, and it will be interesting to see who will be next to call Visalia home.