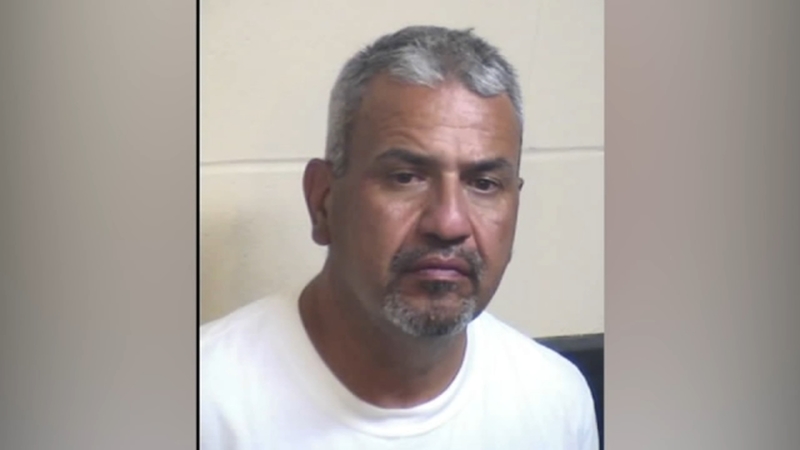 FRESNO, Calif. (KFSN) -- The superintendent of the Central Unified School District has been placed on paid administrative leave a day after Fresno police confirmed he was arrested on domestic violence charges.

Last Friday, Alvarado was taken into custody for inflicting corporal injury on a family member, as well as having an outstanding warrant for failing to secure payment, and contracting without a license.

Police said they responded to a call claiming that Alvarado was pushing the caller and throwing things at them.

On Tuesday night, the Central Unified board of trustees held a closed-session meeting, where they made the decision to put Alvarado on paid administrative leave.

Action News dug into Alvarado's past, and found two prior DUI convictions, as well as a conviction for providing alcohol to someone on a school campus in 1991, but that was later dismissed.

After the meeting, Alvarado released the following statement to Action News:

This is a personal and private matter, now playing out in public, that I take very seriously. I request that you honor me and my family's privacy during this difficult time. I will continue to fully cooperate with Central Unified and law enforcement authorities as this plays out. I am confident that at the end of this process, I will be cleared and reinstated to my position. I look forward to returning to work and serving the Central Unified community.

Courtney Yribarren, a Central West student and a member of the Coalition for Academic Interest and Reform said the arrest was alarming and wants more to be done.

"We never felt heard by the superintendent but domestic abuse came out of left field... I don't think having those values in our district, I don't think that's responsible," said Yribarren.

Board members did not say how long their investigation would take, but assure members of the district that they are looking into the allegations.

"We will be investigating, we just ask that they really be patient and allow us to go through the process," said Yesenia Carrillo, the president of the Central Unified board of trustees.

As far as criminal charges, the Fresno County district attorney announced Tuesday that due to personal and professional relationships, they declared a conflict of interest in the case.

It will now be up to the Madera County District Attorney to decide whether to file charges on Alvarado.