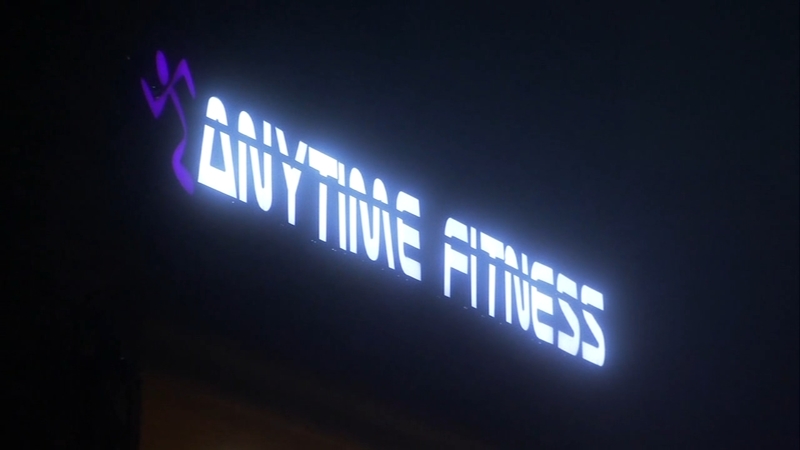 FRESNO, Calif. (KFSN) -- Police are searching for the man who tried to grab a woman getting out of her car at Anytime Fitness in Sanger on Sunday night.

The incident occurred in the parking lot of the gym on Academy Avenue at Annadale just before 8:30 p.m.

It was while she was gathering her things in her car that they say the suspect opened her door and tried to force her out.

Officials say the woman fought back and managed to escape from the suspect. He was described as wearing a black hooded sweatshirt, dark pants, and black boots.

Authorities are working to determine if the attempted kidnapping is connected to an attack in Visalia, where a woman was choked and sexually assaulted.

The violent crimes happened within hours of each other.

"Our detectives are in contact with Visalia PD... it's unknown if they're connected, they do seem familiar in the aspect of the crime," said Sanger Police Sgt. Jeff Bise.

On Sunday afternoon, authorities in Visalia were called to the area of Houston and Demaree where they say a suspect, described as a white man in his forties, approached a woman and asked for help with this car.

While she was putting items in her own vehicle, he choked and assaulted her.

About four hours later in Sanger, police there said a suspect with a similar description tried to pull a woman out of her own car while in the parking lot of Anytime Fitness.

Sandy Neri gets physical therapy next to the gym and says nothing like this ever happens in town.

"I think it's scary. It happens everywhere, you need to pay attention."

Both suspects are still at large and police are working on finding surveillance video.

They advise folks to try and have somebody with you, and be aware of your surroundings.

For Neri, staying safe means staying in areas that are well lit.

"I'll probably park more close to the door and make sure my appointments are in the morning instead of the evening," she says.

Employees with the gym did not want to comment at this time, nor do they have any surveillance video to share.

Police are still searching for the man who tried to grab a woman getting out of her car at Anytime Fitness in Sanger on Sunday night.

Women like Cinthia Dealba and Juana Prado are looking over their shoulders.

Juana and Cinthia say they often come to the gym late, but after the incident might switch up their routine.

"Today I came early because I'm scared and I don't want to leave late," says Juana.

It's situations like these that Gilbert Ruiz of Heartbeat Boxing says people need to be prepared for.

His gym offers a free self-defense class on Wednesday and shows folks how to protect themselves.

He says over 3,000 people have taken his course.