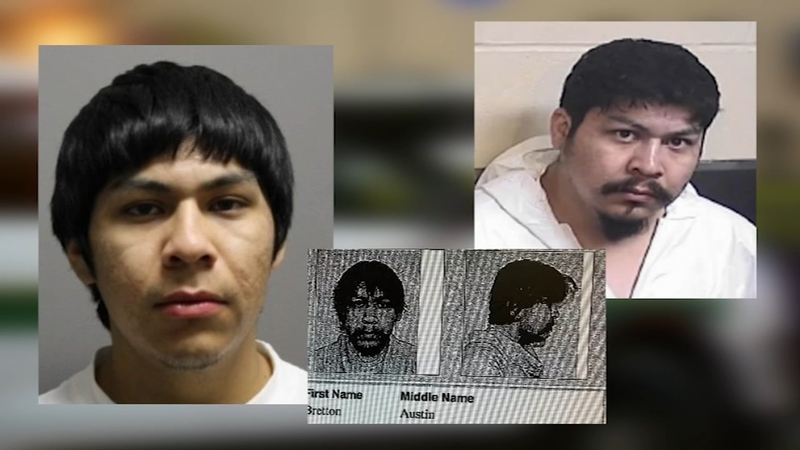 AUBERRY, Calif. (KFSN) -- Action News has uncovered evidence of mental health issues suffered by the Auberry man arrested for attacking his mother and killing her boyfriend.

A series of mugshots show Bretton Begaye is no stranger to the legal system.

The 29-year-old has two violent convictions, including an assault against his father in Inyo County when he was 19.

His dad suffered significant injuries in the knife attack, and Begaye was sentenced to six years in prison.

"Clearly he has a history of violence," said legal analyst Tony Capozzi. "He's been convicted before. While in prison, he assaulted someone again."

He got a second conviction -- for misdemeanor battery -- after attacking an employee there in 2016.

An alert in his file said Begaye couldn't understand basic questions due to his mental health status.

But Begaye was out of custody last week when investigators say he stabbed 50-year-old Owen Hancock to death.

Begaye is charged with the attempted murder of his mother and the murder of Hancock, her boyfriend.

Legal analyst Tony Capozzi says Begaye's prior cases will probably inform the defense in this case.

"He needs to be examined for mental health twofold: One for competence," he said. "Does he understand what's going on? Two: Was he insane at the time of this incident?"

Begaye made his first court appearance in the murder case Monday.

The judge wouldn't allow us to record his hearing, but Begaye wore a yellow jumpsuit indicating a potential danger to himself or others.

We could learn more about Begaye's mental health status and its impact on the case in two weeks when he's due back in court to enter a plea.
Report a correction or typo
Related topics:
fresnocourt casestabbingmental health
Copyright © 2022 KFSN-TV. All Rights Reserved.
TOP STORIES
Man charged with murder of 2-year-old whose father died a year earlier
Valley Children's Hospital delaying some non-urgent surgeries
How reliable are rapid tests? Dr. explains when to depend on results
Good Sports: Fresno woman gains recognition with indoor rowing
Valley ag business continues to feel impact of supply chain issues
Merced police searching for missing 87-year-old man
Website for free COVID tests is here. How does it work?
Show More
Biden, 1 year in, says nation weary from COVID but in a better place
Man suffered severe burns after explosion at Table Mountain Casino
Man hit by car in northwest Fresno
Suspects caught on camera stealing from Kohl's in northwest Fresno
Domestic violence suspect arrested after standoff with Fresno police
More TOP STORIES News