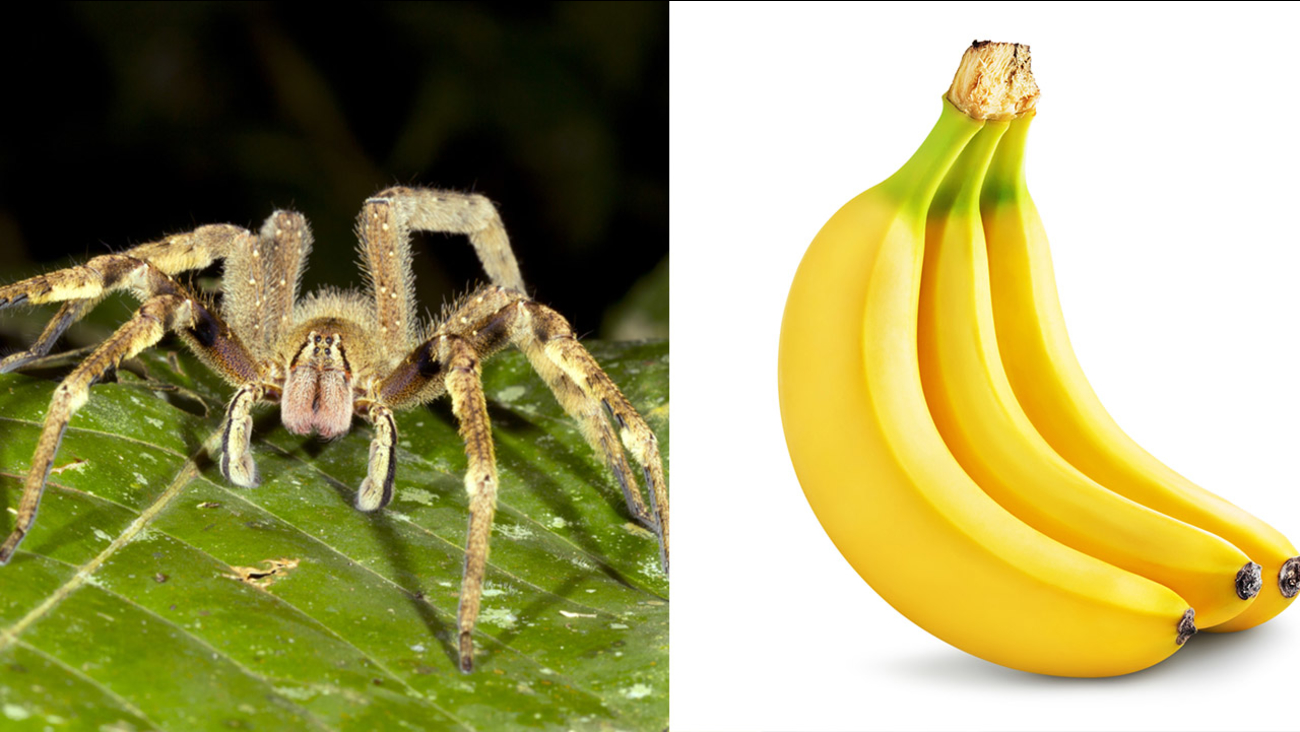 A British woman got an unpleasant surprise in her kitchen when she found that the world's most venomous spider had hitched a ride on a bushel of bananas she bought from her local grocery store.

Maria Layton said she found a web with eggs from a Brazilian wandering spider who had nested in the bananas, according to The Telegraph.

Spider that can give men four-hour erections found in Tesco bananas http://t.co/fWlUaEcPz1 pic.twitter.com/2XduX3ng38

Layton told the Telegraph that she found the spider's web when she pulled off a banana to hand to her daughter.

"I was so scared -- I don't like spiders at the best of times, but have read about the Brazilian wandering spiders and was very frightened about the potential threat," she told The Telegraph.

Layton then put the arachnid-infested banana in a sealed container in the freezer to kill the eggs.

This particularly nasty critter is listed by the Guinness Book of World Records as the world's most venomous spider, with a neurotoxin so deadly it takes just 0.00000021 ounces to kill a mouse.

And in a most bizarre characteristic, the venom can induce painful erections in males that lasts for hours. The spider's venom made headlines in 2007, when scientists started to research if the venom could treat impotence, according to the BBC.

A spokeswoman for the grocery store, Tesco, where Layton bought the bananas, said they've apologized to the shocked mother of two.

"We've apologised to Mrs. Layton and offered a gesture of goodwill. We've asked her to return the product to our store so we can conduct a full investigation," the company said in a statement.