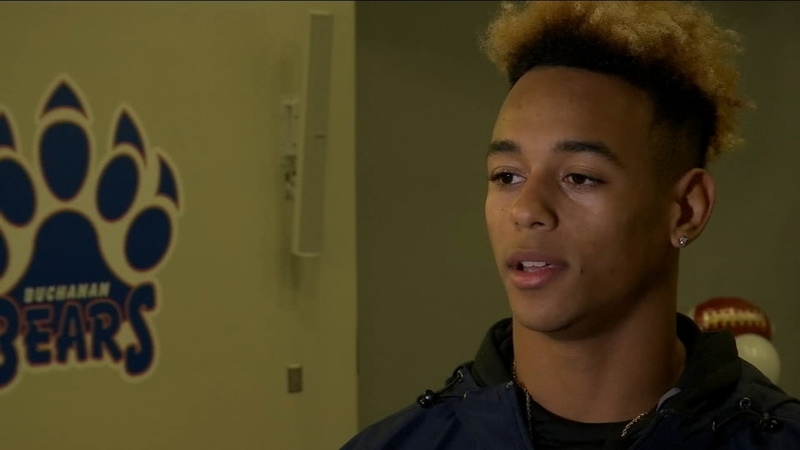 FRESNO, Calif. (KFSN) -- After the first 12 win season in program history, the 2018 Fresno State football season is officially over.

Following this week's early signing period, Coach Jeff Tedford was able to add 13 recruits to his list of Bulldogs.

The class -- headlined by a local standout from Buchanan.

Four star recruit Jalen Cropper turned down a slew of schools including Nebraska and Utah - all to stay home and become a Bulldog.

"There's a lot of things that are going to change in these next 3-4 years so it's definitely a place to be," he told Action News.

"(He) was pretty highly recruited and we're happy that he's going to be part of our program. I think he's a great fit," Tedford said.

Cropper's decision came after he came down to seeing Fresno State's recent success first hand - and from the man leading the way.

Whether or not Cropper's decision influenced it or not, San Joaquin Memorial wideout Josh Kelly also stayed home despite verbally committing to San Jose State.

"They see us as a top 20 and somewhere where they can come and be successful in the classroom, on the football field and in a great community," Tedford said.

For Tedford-the signings come as a fulfilment to a promise he made on day one back in 2016.

"When I was here I knew how this thing was built and it was built with blue collar players. It starts with recruiting the Valley and making sure we keep the guys in the Valley home," he had said.

The latest crop of Bulldogs are setting their sights sky-high.