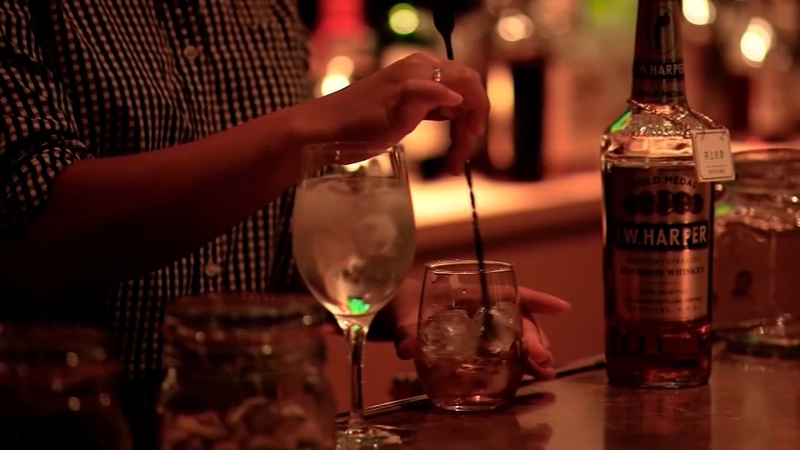 FRESNO, Calif. (KFSN) -- It's the day before Thanksgiving and Tioga Sequoia Brewing is preparing for their Friendsgiving event.

Typically, the turnout is big, but this year they don't know what to expect - even after implementing several safety procedures and reducing capacity.

"It is one of our busiest nights and we would usually have live music, but unfortunately we can't do live music," says Tioga Sequoia Brewing manager William Compton.

They're one of many businesses in Fresno and across the Central Valley feeling the strain of the pandemic this holiday season.

The owner of Vyxn and Jugo Salad and Juice Bar spoke about his struggles to stay afloat and the impact on more than 100 of his employees now out of a job.

"The best way to describe it is this has been a pandemic roller coaster for them," says Fresno City councilmember Luis Chavez.

While some businesses have received fines for violating the health safety order, Chavez says that's not their first choice of action.

He says they prefer education over citations unless it involves a repeat offender.

"An example of that is folks that have 100 people packed into one small establishment," says Chavez.

When it comes to the state's curfew, local law enforcement officials have made it clear they will not be enforcing it.

But the Department of Alcoholic Beverage Control, known as ABC, says they will be keeping an eye out for violators.

"We will have agents that will go out and make visits to places that serve or sell alcohol," says John Carr with the department.

Since July 1st, ABC agents have visited close to 100,000 businesses statewide and have written nearly 150 citations.

Carr says while they prefer to steer away from disciplinary action they have several tools at their disposal to achieve compliance.

"And that could be anything from letters of warning to a fine to a suspension of license or revocation of the license," says Carr.

ABC officials say that so far compliance has been high.