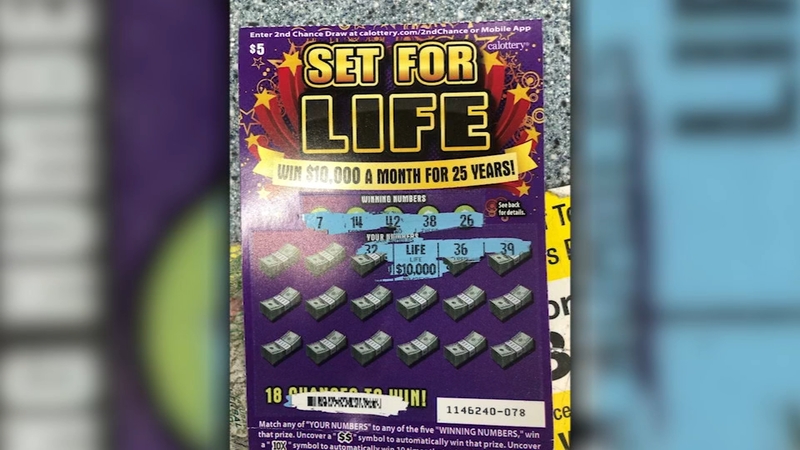 FRESNO, Calif. (KFSN) -- Set For Life, those words could not ring more true for one Fresno County resident.

"I scratched a fifth of the ticket and saw the words life, and I knew right away," said winner Derick.


In an instant, Derick became a millionaire. He doesn't want us to use his last name to protect his privacy.

That life-changing moment happened at this Shop N Go in Clovis off Willow and Nees.

"I do sometimes like to think that it was fate," he said.

"The ticket was sitting there all night and first thing in the morning, about 10 minutes into my shift, he came in and bought the ticket," he said.

Pahal said normally, his regulars are there first thing in the morning to buy lotto scratchers.


But Derick made it through the door before they could.

He made a quick stop and decided to play. The scratcher he wanted was sold out, but the ticket of his dreams was right in front of him.

"It has got a real catchy name, set for life," he said. "I know that sounds appealing to anybody."

He'll now be receiving $10,000 dollars every month for the next 25 years. It couldn't have come at a better time.

Derick had just moved in with his in-laws and was trying to pay off his debt as he saved up for a home.


He would often buy scratchers as he hoped and prayed for a miracle.

"We ended up with a little bit more," he said. "Enough to pay off our debt and enough to buy our home."

Luck must have been in the air as just a few blocks away from the Shop N Go, another person hit the jackpot at the University Market off Willow and Shaw.

Here, someone won $1.7 million dollars by matching all five numbers in a lottery except the Powerball.