NHL employee thanks fan who noticed his melanoma

SEATTLE -- Two NHL teams have combined to give ice hockey fan Nadia Popovici a $10,000 scholarship for medical school as a thank you for advising Vancouver Canucks assistant equipment manager Brian "Red" Hamilton to get a mole behind his neck checked out.

Popovici was sitting behind Hamilton as she watched the Canucks play the Seattle Kraken on October 23. Unsure if Hamilton was aware of the mole, Popovici banged on the glass window to catch his attention and showed him a message she had typed on her phone. 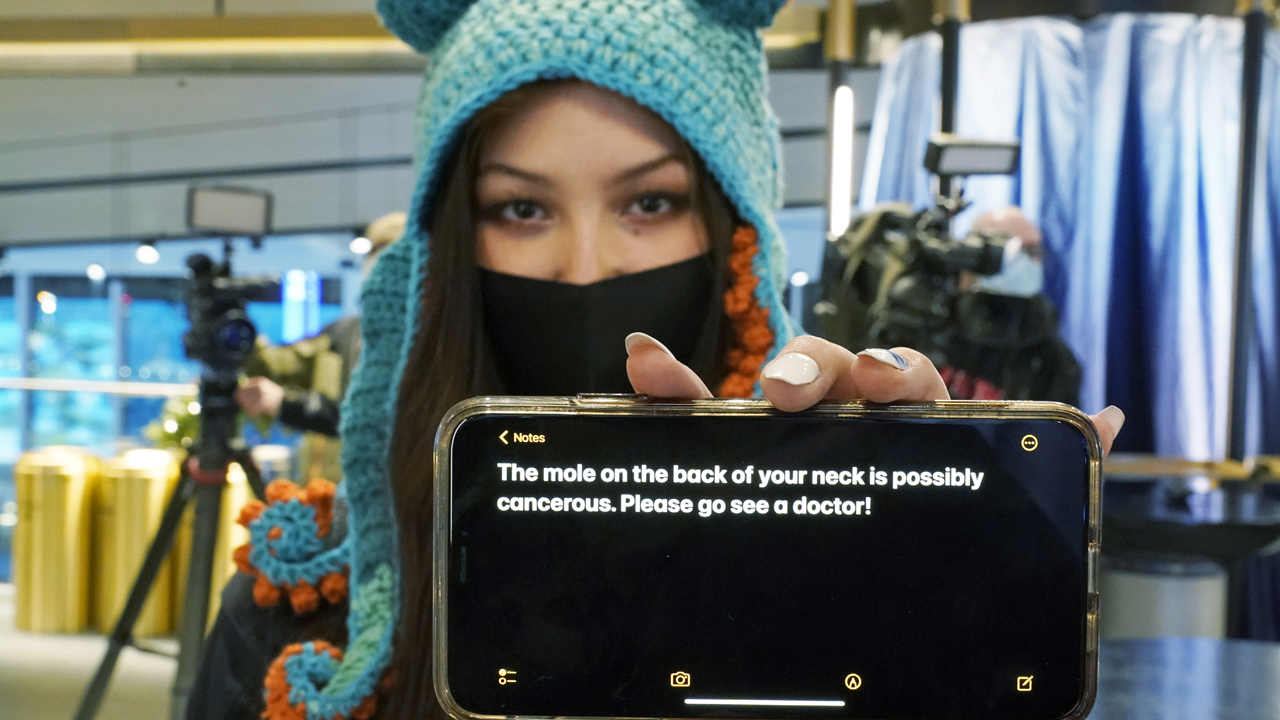 Seattle Kraken fan Nadia Popovici poses for a photo before an NHL hockey game between the Kraken and the Vancouver Canucks, Saturday, Jan. 1, 2022, in Seattle.

Following her advice, Hamilton did get the mole checked out and it proved to be a malignant melanoma, a type of skin cancer.

With the Canucks scheduled to play the Kraken in Seattle on Saturday, the Vancouver team posted a message on social media as they tried to track down Popovici so Hamilton could thank her personally.

"I'm trying to find a very special person and I need the hockey community's help," wrote Hamilton in a social media post.

"To this woman I am trying to find, you changed my life, and now I want to find you to say THANK YOU SO VERY MUCH.

"That evening Oct 23rd, and the message you showed me on your cell phone will forever be etched into my brain and has made a true life-changing difference for me and my family.

"Your instincts were right and that mole on the back of my neck was a malignant melanoma and thanks to your persistence and the quick work of our doctors, it is now gone."

It didn't take long for the internet to work its magic as Popovici's mother replied to the Canucks' original Facebook post.

"She noticed the mole on the back of Red's neck and she wasn't sure he knew about it. So she typed the message on her phone and knocked on the glass window to get his attention. He finally looked at the message, nodded and smiled and continued working.

"She hasn't even seen this message yet as she worked graveyard shift at the suicide crisis center in Seattle so she's still asleep. She'll be shocked to see this message!

"She will be at the game tonight in the same seats. She'll be so happy and excited to know he got it checked! What wonderful news!!!! She just got accepted into multiple medical schools!"

In a video posted by the Canucks, Popovici and Hamilton are shown together in an emotional meeting.

The internet community helped us find Brian's hero, Nadia, and tonight they met in person where he got to express his sincerest thank you to her for saving his life.

A story of human compassion at its finest. pic.twitter.com/66ogo5hB1a

Both wearing masks, Popovici asks if Hamilton is OK with shaking hands or hugging, but they quickly opt for the hug given the moment's poignancy.

Hamilton explained in the video that when Popovici knocked on the glass and showed him the message on her phone that he initially had been quite taken aback.

"The next day I woke up," continued Hamilton in the video. "I said to Jess ... 'It was your effort and your persistence ... the way you wrote it on your phone. I owe it to this person to get checked, if she went this far, I don't know her, I don't know anything about her.'

"I am fortunate we have doctors on the team who can help," added Hamilton.

It was during Saturday's game that a stunned Popovici learned about the $10,000 scholarship award. 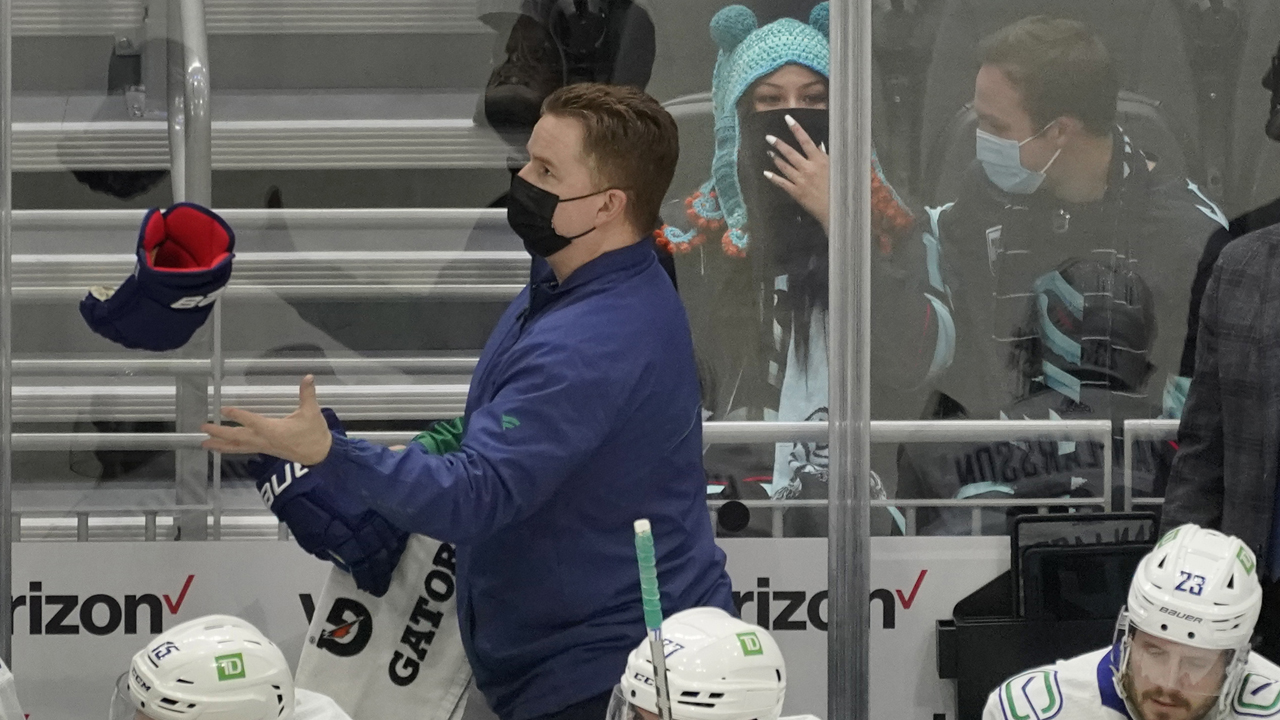 Vancouver won 5-2, but as the Canucks tweeted a picture of Hamilton and Popivici together taking a selfie, the tweet's caption said it all: "The biggest win tonight."