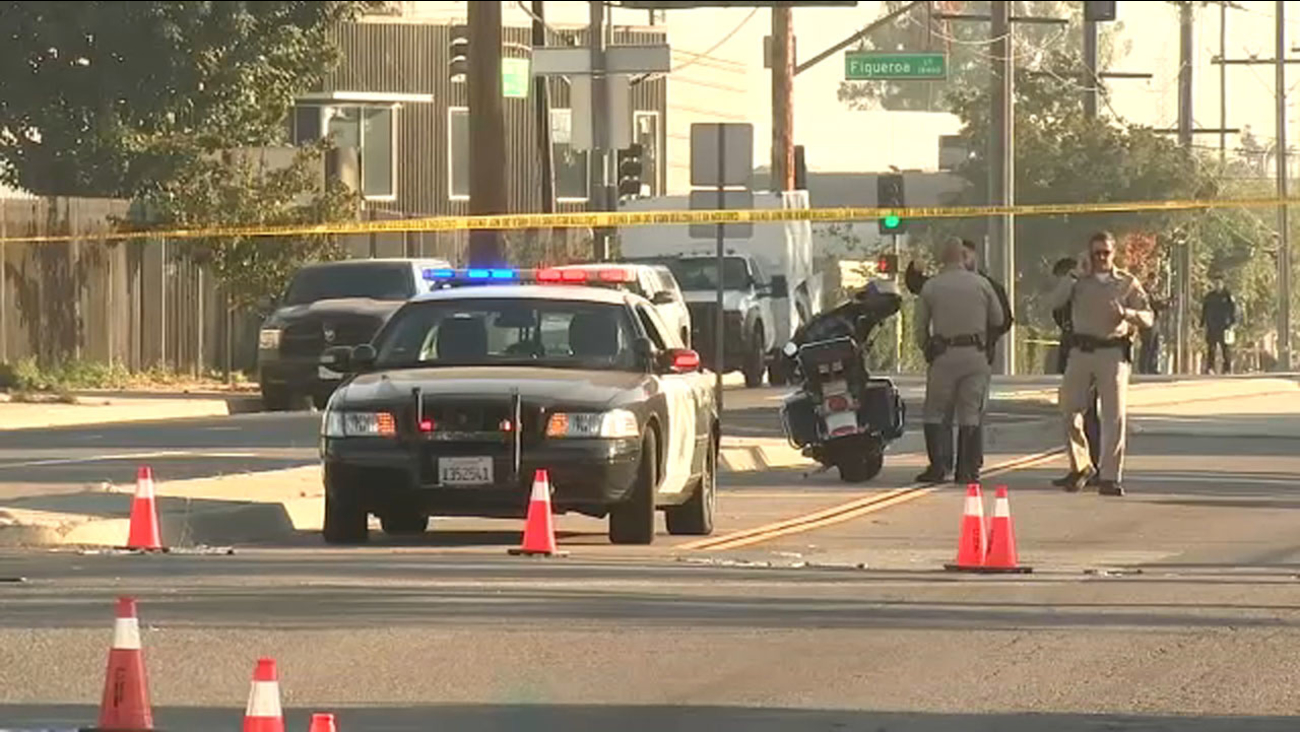 CARSON, Calif. -- Three men on motorcycles were shot and wounded, two of them critically, early Sunday morning while riding on the 110 Freeway in Gardena, the California Highway Patrol said.

Firefighter-paramedics responded after the shooting occurred about 1:40 a.m. near the 405 Freeway interchange, according to the Los Angeles County Fire Department.

The motorcyclists were able to make their way off the freeway and were at the intersection of West 190th and South Figueroa streets when emergency personnel arrived. The injured men, described as being in their early-to-mid-40s, were transported to a hospital.

Their three touring motorcycles, one tipped over onto its side, were still at the taped-off location hours later as the CHP conducted its investigation. Meanwhile, southbound traffic was reduced to one lane. Connector roads to and from the 405 were shut down.

Investigators said the victims were riding in a group of five motorcyclists who were shot at in the incident.

Whether the shooting was random or the motorcyclists were targeted was unclear.