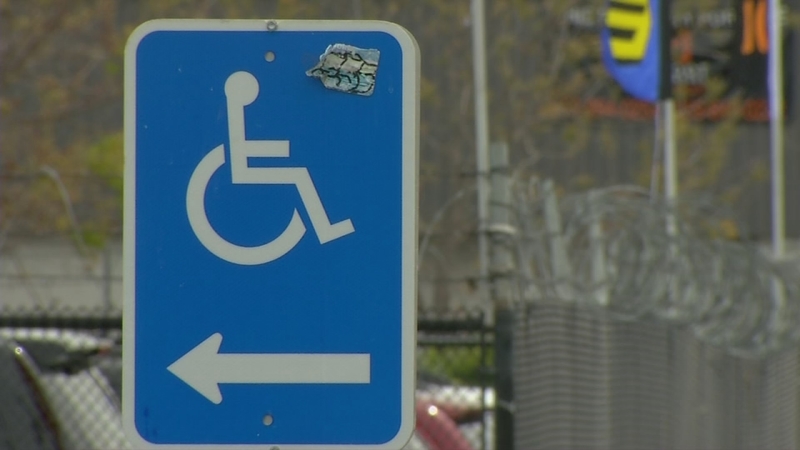 In 2015, it closed, and another business has since moved in.

Moji Saniefar says there were many reasons her parents, Fatemeh and Reza, closed Zlfred's.

But she says it didn't help that there was a federal lawsuit filed in 2014 alleging the restaurant violated the Americans with Disabilities Act.

"He wanted to fight it, and he did fight it," Moji said, speaking about her father. "Unfortunately he passed away a couple of months before the case was dismissed in federal court."

In 2017, the ADA actions against Zlfred's were dropped.

Moji says it's because her parents had promptly fixed the issues listed in the lawsuit.

But her mother wanted to fight the basis of the claims, and her daughter, a lawyer, was ready to represent her.

So a few months later, they filed a lawsuit against the man who claimed his civil rights were violated when he visited Zlfred's.

The counter-lawsuit is based on the Racketeer Influenced and Corrupt Organization Act, or RICO.

"The defendants, in this case, used the mail system, used wire systems, essentially U.S. mail, internet," Moji said. "And by using those systems they transmitted false and or fraudulent statements to prosecute the underlying ADA action."

The counter-suit alleges Ronald Moore is not disabled, and never actually visited the restaurant, where he says he experienced barriers.

A 2016 Action News investigation featured video shot by Zlfred's private investigator, showing Moore lifting his wheelchair into a car and walking around his front yard, which the restaurant said contradicted his claim that he cannot walk without wobbling and the risk of falling.

Zlfred's new counter lawsuit alleges the defendants, including Moore, Moore Law Firm, and Mission Law Firm, have formed a criminal enterprise by using the ADA to: "Institute actions based on false allegations of disability, injury, and standing, to collect quick settlements from California businesses and citizens."

The defendants made a motion to dismiss the counter-suit, but a federal judge recently ruled the case could move forward.

"He's not necessarily saying the lawsuit is a good lawsuit or that the plaintiffs are going to win, what he's saying is that I'm going to allow the case to proceed," said ABC30 Legal Analyst Tony Capozzi.

Capozzi says if Zlfred's wins, it could put an end to what some call frivolous ADA lawsuits filed by lawyers like Tanya Moore, whose firm, according to court documents, has filed more than 1,400 ADA lawsuits since 2009.

"Most of these businesses that are sued that happen to be mom pop restaurants, they don't have the money, you know," Moji said. "They'd have to hire an attorney, pay a retainer for that, they'd have to pay for their cost of discovery and all that is involved in a federal litigation. And if they lose then they have to pay for the other side's fees and costs, But if they win, they don't get their fees and costs reimbursed."

Moji says it would be great if they win, and possibly prevent another small business from being targeted.

But above all, she says it's about the pursuit of truth.

Action News tried to talk to Ronald Moore and lawyer Tanya Moore, but haven't heard back.