'Those two kids are going to grow up without their father... just because someone selfishly decided to drink and drive.'
KFSN
By Nic Garcia 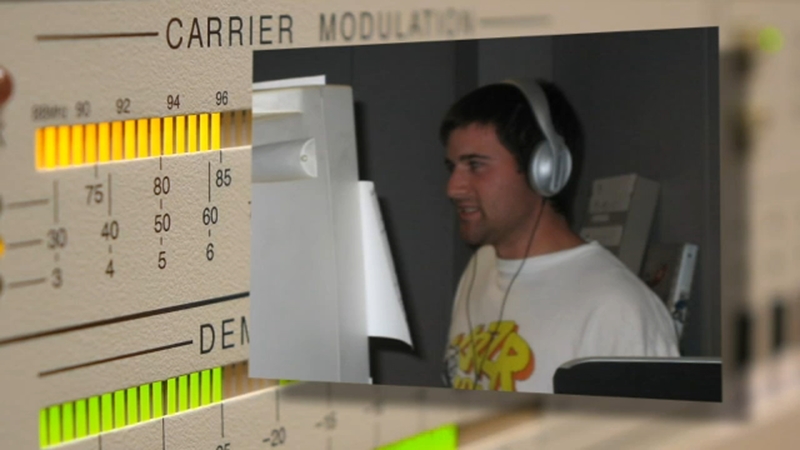 The California Highway Patrol says 41-year-old Ashton McKiearnan died after his car was hit head-on by an alleged drunk driver.

It happened Sunday night in the Tarpey Village area of Fresno County on Ashlan near Sunnyside Avenue.

RELATED: DUI suspect in jail after dad of 2 killed on Father's Day

McKiearnan's friends say he spent his life doing things he loved. He spent a number of years volunteering with a Search and Rescue unit, then worked for American Ambulance.

Before that, he hosted an overnight radio show for KRZR.

Silva says he first met McKiearnan about 20 years ago when he would call into McKiearnan's show.

Their connection went from that of caller-DJ to friends, and co-hosts of a KRZR show.

McKiearnan was just helping Silva a couple months ago, giving him several pictures of their time at KRZR together for a special project.

"He brought a CD because he was too old school to Google Drive it or something," said Silva.

McKiearnan's two small children and his wife were in the car with him. His wife suffered moderate injuries and both children were also hurt in the crash - one of them has several broken bones.

"Those two kids are going to grow up without their father, and have a very hard life just because someone selfishly decided to drink and drive," said Silva.

The alleged drunk driver is Narayana Zerr. He was booked into the Fresno County Jail, facing several charges, including felony DUI.

Friends of McKiearnan set up a GoFundMe page to help his widow and children with expenses.