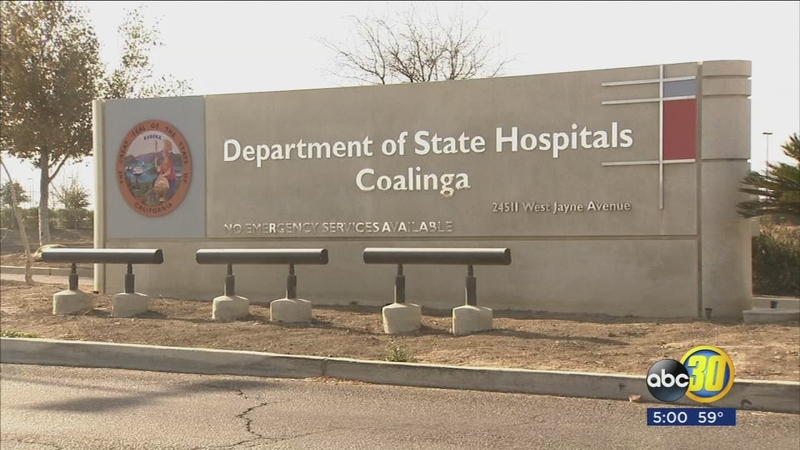 Voters rejected a penny sales tax increase by just 37 votes in November. 127 of those 'no' votes came from inside the walls of Coalinga State Hospital, where some of the state's sex offenders are actually legal voters.

A picture of "Coalinga's Finest" taken today would feature a lot fewer officers than you see in this photo hanging on the wall at city hall. The force shrank by about 25% after a sales tax increase known as Measure C failed last month.

"Initially we didn't know how many votes came from where and so I was like 'Hey, this is the vote of the people,'" said Coalinga mayor Nathan Vosburg.

But Vosburg's attitude shifted when he realized the weight of the vote from one precinct -- where 360 registered voters share the same address in the middle of nowhere, seven miles from city hall.

The Coalinga State Hospital is home to about 1200 people, mostly sexually violent predators who are not inmates, but patients.

And even though they're not allowed to leave, state law allows them to vote if they're not on parole.

"Whether they should vote is a whole other ordeal, which I can tell you a lot of our citizens are just heaving mad they were allowed to vote in the first place," Vosburg said.

The city annexed the hospital around the time it opened 12 years ago and in the last few years, Fresno County clerk Brandi Orth certified the patients as voters in Coalinga. She told Action News this election, like all of them, was conducted in accordance with the law.

Advocates for the patients say the sales tax affects them when they buy cheeseburgers in the hospital and even moreso when they buy TVs and electronics for their rooms. They asked city officials to discuss their concerns and got an email response from the city manager.

But they voted against Measure C 127-50, swaying the overall vote to a win for the 'nos.'

So the city council is trying to exclude their votes with a new tactic, claiming the patients aren't really Coalinga residents.

The city council is scheduled to face off with the county in court starting in April.