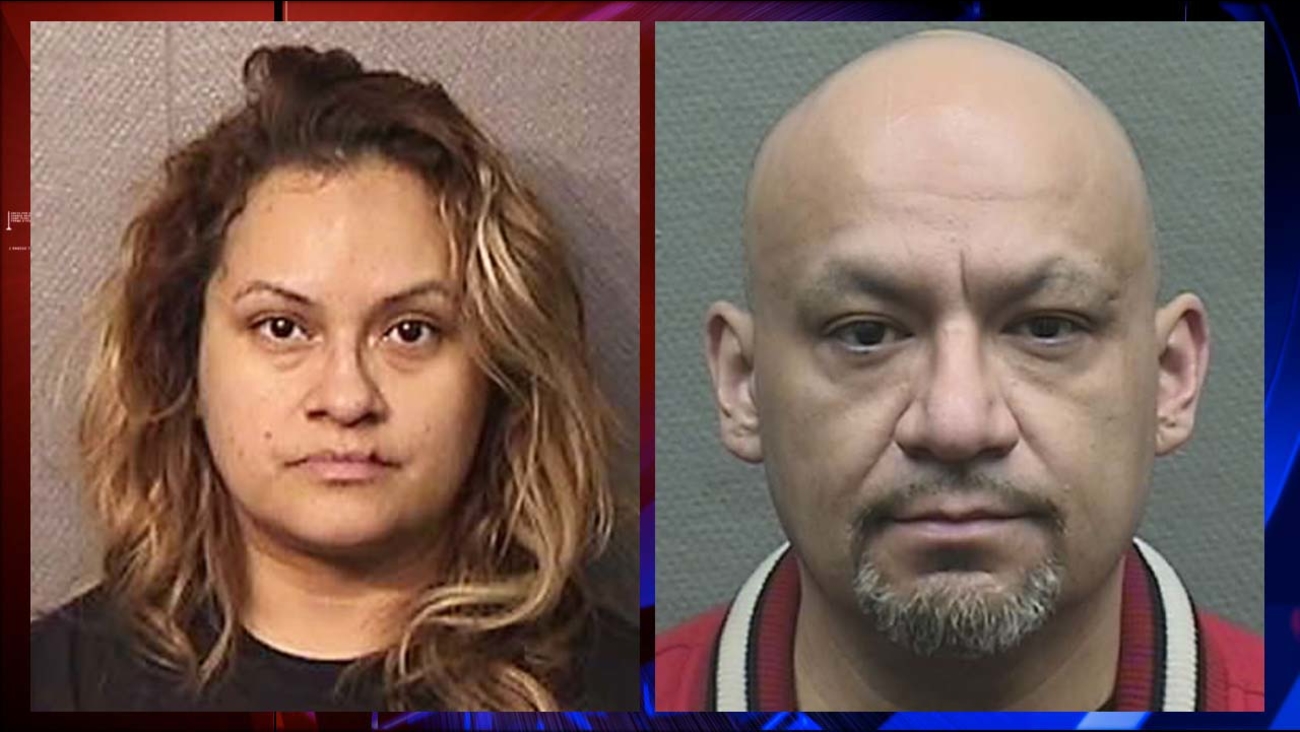 HOUSTON -- A Houston couple is charged with endangering their two young children after investigators say they discovered the details of their drug-filled swinger lifestyle, court documents show.

Andra Rae Martinez, 43, and Juan Martinez, III, 44, are each charged with one count of endangering a child.

The couple has two children, a 10-year-old boy and a 6-year-old girl, who police say had easy access to pornography, meth, and marijuana, at a home in northwest Harris County.

Court papers show a tip from the National Center for Missing and Exploited Children last September led to an investigation into the family.

A Webster police investigation revealed the couple was living a swinger lifestyle and that the husband, Juan Martinez, III, would place advertisements online for men to visit the house and have sex with his wife. The tipster alleged that on at least one occasion Juan Martinez had offered to have his 6-year-old daughter engage in sexual acts with one of the men who was there to have sex with his wife, court documents show.

Investigators say that when they searched the home, they found drugs, including meth and marijuana, within easy reach of the children. The children also had access to the parents' bedroom, court papers allege, where a "large number of pornographic videos with sexually explicit covers" were within view.

Court papers show both parents denied a sexual interest in children. Documents allege Juan Martinez admitted to fantasies about incest, but said it was only fantasy. He also allegedly admitted that when he would regularly bring men to the apartment to have sex with his wife, that the children would also be home.

The children "would not speak of any sexual misconduct," according to court papers. However, the 10-year-old said he was worried about his father getting in trouble for "smoking things that are not legal."

Documents allege Andra Martinez admitted baggies of meth found at the home belonged to her.