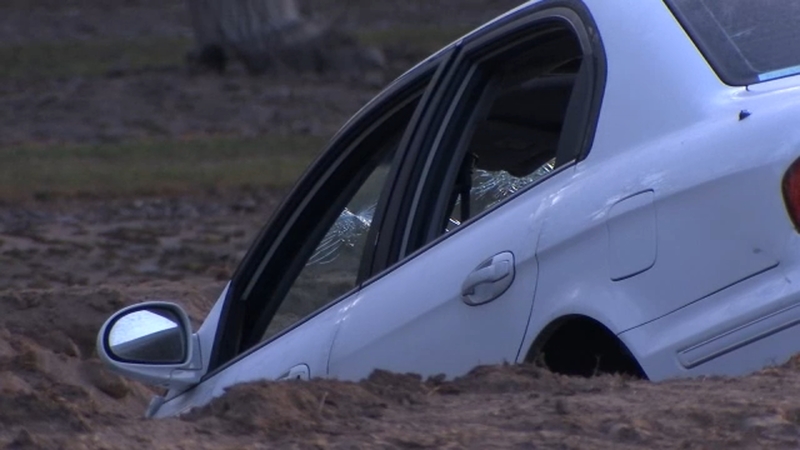 TULARE COUNTY, Calif. (KFSN) -- An investigation is underway after a driver was found shot inside a crashed car in Tulare County on Tuesday morning.

California Highway Patrol officers responded to Avenue 308 and Road 168, north of Farmersville, around 4:40 am after a driver noticed a car in a ditch.

BREAKING: Tulare Co. SO is on scene of a car crash at Avenue 308 & Road 168. The sergeant tells me CHP initially responded and found a man with a gunshot wound. He was taken to the hospital. Deputies still investigating. pic.twitter.com/dMxbBCkl1c

The victim was found with a gunshot wound in his back. He was taken to a local hospital for treatment. His condition has not yet been released.

The Tulare County Sheriff's Office was called to help with the investigation.

Investigators are working to determine what led up to the crash and find clues about a possible suspects.

TRAFFIC ALERT: A portion of Ave 308 is blocked in both directions as the tow truck works to get the car out of the ditch. https://t.co/Sq6Q5WPFs3 pic.twitter.com/K2xiulvaco